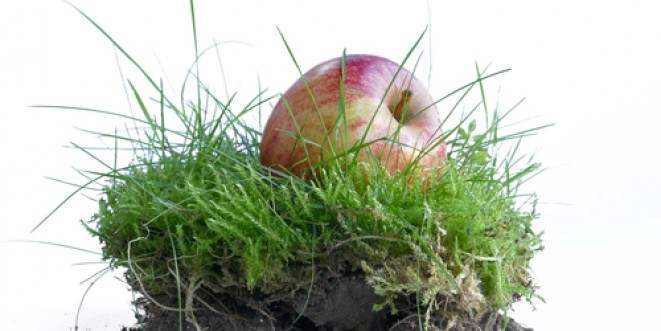 No matter where in the world you live, the food you eat today is different than it was a few decades ago. Even the most nutritious crops are losing their food values through environmental changes. To begin with, plants are exposed to more carbon dioxide than ever before; that means they’re producing less of the vitamins, minerals, and nutrients out body’s need and more sugars and carbs.

Among the declining nutrients are plant proteins – and a study published in the journal, Environmental Health Perspectives, predicts that the protein content of staples will decrease substantially over the next several years; that includes rice (7.6%), wheat (7.8%), potatoes (6.4%), and barley (14.1%). As you can imagine, people that rely on these staples will suffer. So, isn’t it time you took care of the environment as a matter of helping others to achieve a healthy life.

The strike launched by the National Association of Resident Doctors (NARD) launched earlier this month lasted all of ten days before members returned to work. If that were the only medical union in the country, things would be looking up. But, it’s not. And, the Joint Health Sector Union (JOHESU) has taken its cue from NARD and launched their own strike.

Despite urging from the Health Minister, Isaac Adewole, the members of JOHESU have undertaken an indefinite strike, demanding payment of salary arrears as well as other requests. Sadly, JOHESU represents large numbers of hospital workers, and you should expect long delays if treatment is possible at all. Keep it in mind and head to the hospital as soon as possible if you require any medical assistance.

Working Out at the Office

Constant sitting is terrible for your health, and new studies are constantly proving just how bad it can be. So, it only makes sense that you’d want to sneak a little more exercise into your day when you have a desk job. Sure, getting up and walking a few steps every now and again is a start, but there’s a lot more you can do – like setting yourself with an active workstation where you walk on a treadmill or sit on a pressure ball during work.

And, guess what, activity at work doesn’t detract from your productivity. According to research published in Medicine & Science in Sports & Exercise, walking on a treadmill while working doesn’t diminish the ability to complete mental tasks. It does, however, decrease the ability to plan tasks – not by much, but there is a decline. So, feel free to be active at work, but you may want to sit down as you schedule your day or coordinate major projects.

A case of Yellow Fever was recently confirmed in Kwara State, and the government has responded swiftly, dispatching a team with members of the Nigeria Centre for Disease Control, National Primary Health Care Development Agency, and the World Health Organisation Country Office. This acute viral haemorrhagic disease does have a vaccination and is therefore preventable. At the moment, no other cases have been reported, but if you’re concerned, you should check whether you’ve been immunised.

But, that’s not the only disease the government is currently tracking Cholera is another. The Borno state Ministry of Health has reported 2,627 cholera cases to date along with 48 fatalities. Médecins Sans Frontières (MSF) has scaled up its efforts in the area. The other two diseases the government are tracking, Lassa Fever and Polio, happily haven’t seen any significant negative developments.

At a recent conference, “Transition in Global Health Paradigms: What Hope for the Nigerian Women and Children?” a report was presented regarding the state of maternal mortality that demonstrated 58,000 Nigerian women died from pregnancy, delivery, or complications in 2015. That’s a horrifying number not replicated in many other countries. Nigeria has the 11th highest rate in the world, though it contributes 15 percent of the annual total global deaths.

Olusola Odujinrin, who presented the report, said, “The most worrisome is the report from North-East where MMR is highest: 1,549/100,000 live births in comparison to the South-West zone where 165/100,000 was recorded.” While conflict is one of the major reasons behind such high numbers, it’s not the only cause and, clearly, Nigeria needs to make more effort towards achieving the Sustainable Development Goals.