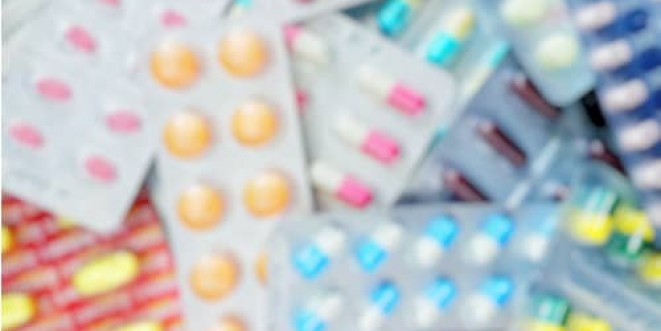 According to a recent report from the World Health Organisation, counterfeit drugs are a growing problem worldwide. Based on data from over 88 countries, one in ten medical products circulating in low and middle-income countries are either substandard or falsified, with 42 percent of the these compromised products coming from Africa. It’s estimated that at least 72,000 children die of pneumonia and 69,000 people die of malaria each year in sub-Saharan Africa due to expired or bogus medications. High demand for certain medications, due to shortages or expense, makes it easy for counterfeit drugs to enter a market.  Individual consumers, pharmacies, and clinics worldwide have all been fooled by the professional marketing and attractive pricing of fake medications.

While the US is phasing in laws that require tracking medication from production to sale; this solution isn’t easy for countries that do not have a similar pharmaceutical distribution system. One Nigerian-based company, RxAll, is taking a decidedly high-tech approach. The company began by simplifying the process by providing an Amazon-like platform for verified medical wholesalers – providing one-stop shopping for hospitals and pharmacies and saving those facilities time, money and effort. They have also developed a relatively inexpensive and portable spectrometer that can be used on a product to identify its components. Pharmacies and consumers can scan their drugs and receive notification of whether the product is real or fake.  RxAll reports a 92 percent match rate for the spectrometer and a growing database of both legitimate and illegal supply chains.

A common justification for not fitting fitness into our busy lives is lack of time. Now, science has taken that excuse away.  (Thanks, Science!)  Based on new data analysis, researchers have concluded that 30 minutes of physical activity daily, even if accrued in sessions as short as 5 minutes long, can significantly reduce the risk of disease and premature death.

After analysing the lifestyle and health data from about 4,840 America men and women, the report authors confirmed (again) that physical activity strongly influenced longevity. The men and women who were the least active, exercising less than 20 minutes a day, were at the highest risk of premature death. People who got 30 minutes a day of activity were about one-third less likely to die, while those who got 60 minutes a day were more than half as likely to die prematurely. Those who got 100 minutes a day were about 80 percent less likely to die than non-exercisers. But surprisingly, it did not matter how the participants accumulated their total minutes for the day.  People gained the same benefit whether the activity was done in one longer session or in short – but repeated – bursts throughout the day.

Reducing the Risk of Dementia by 90%

While there have been several studies over the years linking the role of physical activity and brain health, a recent study strengthens the strong connection between cardiovascular fitness in middle age and dementia risk. The study is based on observations and data from 191 Swedish women who underwent a fitness test when they were, on average, 50 years old. Based on the results of the fitness test, the women were categorized into high, medium and low fitness. During the following 44 years, the women were tested for dementia six times. In the group that had the best results in the fitness test, only 5 percent developed dementia. For the medium and low fitness groups, the number jumped to 25 and 32 percent respectively. And for those who couldn’t even complete the original fitness test, 45 percent developed dementia.

Furthermore, the women in the high fitness group that did develop dementia, did so an average of 11 years later than those in who were in the medium fitness group. While the report’s conclusions are limited due to the small sample size and selection, there is a notable link worth further study.

Live music performance has been a part of the human experience from the beginning. And while the venues and delivery methods may continue to evolve, concerts are still a growing industry. Now a new UK study, claims that heading to a concert is more beneficial to your overall well-being than yoga. The study observed 60 participants; who took a 40 question survey before being outfitted with heart rate monitors and sent off to participate in one of three stress-busting activities: walking a dog, a yoga session, or attending a Paloma Faith concert. Researchers have found that those who went to the concert had a 21 percent increase in mood, while those who took a yoga class only saw a 10 percent increase and the dog walkers merely had a 7 percent rise in their mood. Study authors combined their findings with the results of a poll conducted by London’s O2 arena that claims those who attend live concerts once a fortnight are more likely to rate themselves higher in the areas of happiness, productivity, and self-esteem. Based on the combined data, the researchers theorize that going to live music performances a couple times a month could add almost ten additional years to your life.

The small sample size and limited variety of activities compared may make this study’s conclusions less than universal. However, other studies have generally shown a link between happiness and longevity.  And isn’t it good news to have another reason to enjoy life and find leisure activities that make you feel good?

Ever since the “French Paradox” discussions of the 1980s, there have numerous studies over the years linking positive health benefits to wine consumption. However, in light of the problems that can occur with over-consumption of alcohol, most studies include the caveat of “drink in moderation”. Moderation is often defined as two glasses of wine per day for a man and one glass for women. But just how big is a wine glass?  A recent study has found that the average wine glass capacity has been increased from an average of 66 ml (2.2 oz.) in the 1700s to 450 ml (15.2 oz.) in 2017.

Modern wine glasses are often wider because they are designed to enhance wine’s bouquet and taste. But these bigger glasses may be causing you to drink more than you think. A 2013 study found that the average pour into a wide wine glass was nearly 12 percent more than when pouring into a standard wine glass. Many organisations, including the FDA, set the serving size of wine at 5 oz. (about 148 ml) – and this is the amount that would be used in most studies done in the US. While other countries have established different guidelines for serving sizes and recommended limits, they are generally much smaller than the current average wine glass can hold. So if you choose to drink wine, just remember that you don’t need to fill a glass to enjoy a smoother taste, more pronounced aromas, and various health benefits.