Low-Carb or Low-Fat? Does It Matter? 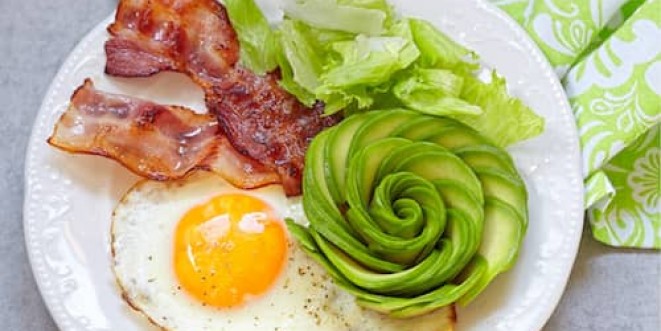 Low-Carb or Low-Fat?  Does It Matter?

The basic goal of every weight loss diet is to reduce calorie intake. Usually, this is done through some sort of overall portion control, or by limiting certain food groups. Sometimes, more complicated plans involving ratios or timing of meals are used. Numerous books, articles, websites, and YouTube videos claim to have the one method that will work better than any other.  However, a new study released by JAMA suggests that that the specific details of a diet may not really matter.

In the DIETFITS Clinical Trial, researchers at Stanford University divided over 600 participants into two groups – a healthy low-fat diet group and a healthy low-carb diet group. Through small group sessions over one year, health educators provided guidance on their assigned diets but also emphasised an overall improvement in food quality. To meet the goals of both the low-fat and low-carb plans, participants were encouraged to cut back on added sugar, refined grains, and processed foods while increasing vegetables and whole foods.  Both groups lost weight, around 12 to 13 pounds on average, over the course of the year without counting calories or limiting portions. And the weight loss did not appear to be influenced by genetics or insulin sensitivity. The authors of this study conclude that it is diet quality, not quantity that helps people lose and manage weight most easily over time.

Physical Fitness and Brain Health – Another Study Confirms the Connection

While it’s doubtful anyone actually needs another good reason to exercise, scientists have found one. Researchers at the University of Texas Southwestern Medical Center have released the results of a recent study that suggests that exercise improves brain health which can, in turn, prevent Alzheimer’s disease.

Participant’s fitness levels were measured and compared with their scores on memory and cognitive tests. Additionally, brain imaging was used to determine the health of the participant’s brain tissue known as white matter. Lower fitness levels correlated with a more deteriorated white matter, which in turn correlated with reduced brain function. Previous studies have found similar results but relied on patient’s self-assessment of their own fitness levels. This particular study made use of an industry standard, the VO2 max formula, to more objectively measure participant fitness and solidify the conclusions. While not necessarily groundbreaking, this research provides some good news about the prevention of Alzheimer’s in light of the recent failure of several experimental drugs to treat this chronic neurodegenerative disease.

Studies that indicate women do more chores than men are hardly newsworthy. A 2016 UNICEF report found that, worldwide, girls age 5 to 9 are already spending 30 percent more time than boys on chores and that disparity increases over time. A 2017 study from the University of Alberta studied Canadian couples at the ages of 25, 32 and 43 and found that while factors such as income and children do have an impact, women still did more housework than their partners at all ages. However, a study released this month in the journal Sex Roles suggests that working women who do not spend as much time on chores due to a high amount of hours spent at a job may experience a negative impact on their physical health.

Over a two year period, as part of the International Social Survey Programme, women in 24 countries were asked to rate the amount of household chores they do and how they felt it contributed to their “fair share”. They also were asked to grade their own health. Analysis of the data by researchers at St. Louis University found that the relationship between high job work hours and poor physical health is stronger when women feel that they are not contributing to the household workload as intensively. Study authors suggest that this link is a result of women feeling guilty as well as a transfer of stress from their spouses.

Another study from the University of Bergen in Norway concluded that women who regularly use cleaning sprays, at home or on the job, have a greater decline in lung capacity over time than women who do not clean.  In this long-range study, over 6,000 participants were followed over a 20 year period. Surprisingly, the study did not find as significant a decline in lung function in men.

Add Some Spark to Your Love Life

Researchers at the University of Michigan are hoping that stimulating a specific nerve in women’s ankles will become a viable treatment for sexual dysfunction in women. The tibial nerve, part of the sciatic nerve, runs from the soles of the feet to the bottom of the spine. It is theorized that a small electric shock at the ankle of a woman that stimulates this nerve will increase blood flow to the pelvic area and heighten desire. Researchers made this connection after finding that many patients who used this type of therapy to alleviate bladder problems also reported improvements in their sex lives.

If found effective, this treatment would offer an alternative to current psychological or pharmaceutical treatments and with few side effects. The results of a successful trial on laboratory rats were released this month. A human trial is already underway with results expected to be published later this year.

Researchers at Penn State have successfully tested a new method to track the movements of seasonal migrant workers throughout Africa and it is helping public health officials and healthcare workers predict future outbreaks of infectious diseases. Biologist Nita Bharti wrote a program that measures the brightness of night time lights, as recorded by satellite imagery, and converts that measurement into an estimate of population density. By more accurately predicting short-term population changes and correlating those changes with public health records, medical resources and information can be directed more efficiently and effectively.

Previously, night time satellite images have been used to study economic growth and urbanisation. But, Bharti and fellow biologist Matt Ferrari are using them to track and predict transmission rates of measles especially during seasonal changes in population density due to the movement of migrant families. Since measles is so infectious, but also relatively easy to diagnose and track, the incidence of measles cases was used as an indicator for the overall effectiveness of a city’s health system.

Previous vaccine campaigns that were expected to stop a measles outbreak had failed; data from Bharti and Ferrari’s study proved that public health organizations had significantly underestimated the total size of the population because seasonal workers were not included. Bharti is hopeful that migrants’ time in urban centres can now be seen as an opportunity instead of only as a time of high risk. “That’s when immunization and health care are most accessible to them and easier for governments to provide.”