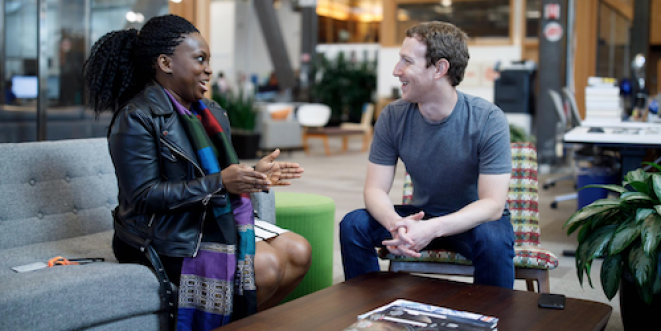 A few weeks ago, the World Health Organisation elected an African to act a Director General of the organisation – a first for Africa. And, the voting records show that Tedros Adhanom Ghebreyesus of Ethiopia led by a landslide over the UK’s David Nabarro. It demonstrates, at least on the surface, a commitment to the health care concerns of the developing world.

And, it’s not the only arena where African health is coming to the fore. At the just passed Africa Health Exhibition in Johannesburg, South Africa, much attention was paid not just to the improvement of well-being on the continent, but how to adapt solutions within the African context, given the myriad of challenges facing development. With startups, such as Nigeria’s kangpe, looking to positively disrupt the way medical care is provided, one can only hope for speedy, but lasting developments – and Radiant Health will continue to keep you up to date on pressing concerns and the positive changes you can make in your personal life.

Have you heard of FIN? Initially, this secret Facebook group was called Females In Nigeria and its founder, Lola Omolola created it in 2015 as a safe space for women to speak to one another about their concerns. Though the name has changed slightly, the US-based Nigerian believes more than ever before about the transformation this type of network can create for women across the globe.

Apparently, so does Mark Zuckerberg, the founder of Facebook. He’s taken the time to recognise Lola for the one million women strong community she’s created on his platform. While she has mutual respect for him, Lola remains committed to providing a place for women to openly ask questions and share responses regarding the issues that matter most to them. The group remains closed; you need to be invited by a current member to join. In the meantime, you can check out the fan page.

Given the maternal mortality rate of 814 deaths per every 100,000 Nigerian women, it’s hardly surprising that something must be done. It’s a frightening number which doesn’t even account for the associated infant mortality rate. Tie these factors to the number of Nigerians living in poverty – or, at the very least, financially insecure environments, and it’s little wonder that more women are turning to family planning methods to control the number of children they have.

It’s just that many women are turning to the wrong places. With the cost of medical attention skyrocketing – not to mention the lack of operable primary healthcare facilities throughout the country, more women are accepting injections, birth control pills, and even the placement of intrauterine devices (IUDs) from false sources. In Oyo State, the NGO, Nigerian Urban Reproductive Health Initiative (NURHI), has raised the alarm, demonstrating the continued vulnerability of women even when seeking freedom to choose the right time and place for children. Remember, when it comes to your health, it’s always better to err on the side of caution.

Not everyone is lucky enough to have regular access to healthy foods. And, yet, there are plenty of women in Africa and across the globe that continue to opt for less-than-healthy diets and find themselves combating diseases associated with obesity and poor nutritional choices. As you age – and become more aware of the relationship between your weight and overall health – it simultaneously becomes more difficult to shed the excess.

One reason is definitely the slowing of your metabolism. Women nearing or over 40 just can’t indulge the way they once could. But, that doesn’t mean you can pick and choose a diet because this celebrity or that friend lost four dress sizes in a few weeks. For example, many women are leaning towards vegan diets, though there are those that put on weight rather than take it off because of the choices they make. It’s essential to consider your health and goals before grasping at a carb, meat, or dairy-free diet. Remember, it’s about being healthy – not about having the right curves.

In Nigeria, roughly 100,000 people are diagnosed annually with cancer, and roughly 80,000 die in the same 12 month period. It’s frightening to think that, just a few years ago, the country didn’t have a single radiotherapy machine. It’s little wonder the country’s leaders elect to pursue treatment outside of Nigeria. Hopefully, however, this will change.

Isaac Adewole, the Minister of Health, claims the government is providing $3.2 million towards prostate and cervical cancer screenings at primary health centres throughout the country. This is certainly good news, as are the five functional radiotherapy machines operating in the country (though it’s hardly close to the number needed). Perhaps the country will also invest in new breast thermography technology that allows for swift and early diagnosis of cancerous tissues. Until a cure (or several of them) is uncovered, early detection and treatment is still the best way to survive cancer.