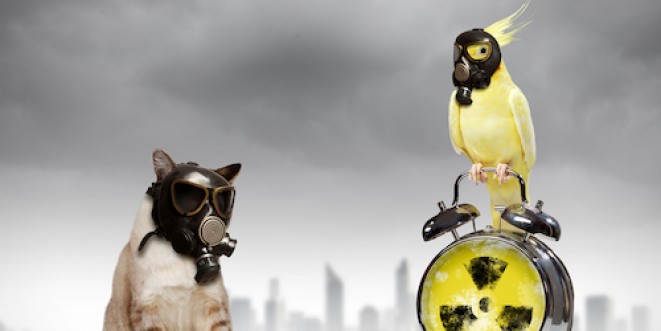 Having a Bad Air Day?

Uh oh! The World Health Organization (WHO) lists four Nigerian cities within their ranking of the 20 worst cities for air pollution. Onitsha in Anambra State rates as the world’s most dangerous city for air pollution, with Kaduna (8th), Aba (9th), and Umuahia (19th) also on the list. Low air quality affects the young, the elderly, and anyone with compromised immune systems. When a city is so bad that it falls on this list, it affects everyone.

Mild symptoms include irritated eyes and lungs with accompanying sore throat and cough. Prolonged exposure can lead to heart or lung diseases. While statistics are unavailable regarding the number of deaths air pollution can claim, it is linked to premature deaths. If you do live in a city with poor air quality, try to remain indoors during daylight hours (when Ozone levels are lower) and wear a mask when working outside during the day.

New Test for Malaria May Save Lives 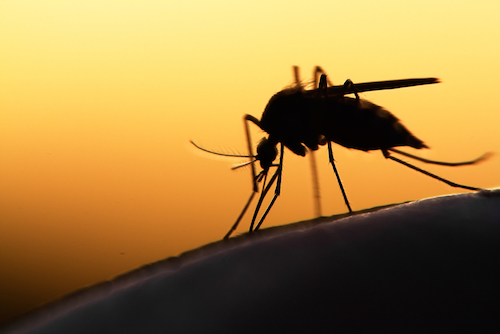 In Nigeria, we’ve known for years just how dangerous a mosquito bite can be – we didn’t need to wait for the spread of the Zika virus. Mozzie nets and mosquito coils are part and parcel of life in Nigeria. That said, Nigeria tallies 18 percent of global infections – and Sub-Saharan Africa accounts for about 90 percent of the 580,000 odd deaths that occur annually.

With Malaria, early diagnosis saves lives. But it has often required a blood test (plus the time and money to acquire one). However, Nigerian Eddy Agbo’s US-based biotechnology firm has created the world’s first urine test for malaria. Thirty minutes and a cup are all that’s needed to determine whether someone has been infected. Better still, this technology is being donated to people in the hardest hit areas by the Buzzoff Movement. Check them out to see how you can get involved with saving lives.

Boko Haram isn’t just kidnapping women and girls to use them as sex slaves; they’re forcing unwilling participants to detonate their bombs for them. An ever-lengthening list of examples points to this fact, though it was hard to prove whether suicide bombers were willing participants or not.

The experience of a 20-year-old mother of three demonstrates the operating methods of Boko Haram and serves as a warning to women in northern Nigeria. Khadija Ibrahim was offered a lift by car while waiting for a bus to take her to the doctor. Not wanting to be late, she accepted and was immediately drugged by a rag placed over her nose. She awoke and was able to escape her captors before she could cause any damage, but the lesson remains – be careful who you deal with and how.

The European Union is in the midst of what they call a migrant crisis. Since 2015, the numbers of refugees and migrants entering Europe as a result of conflict and political unrest in the Middle East and Africa has become an issue of political and financial security. While many countries offer assistance, there are those that feel unable to help.

With greater numbers of asylum seekers come opportunities to exploit the open arms of European countries and untold numbers of women and children. According to 2015 statistics, there is also an unprecedented rise in the number of women and girls hailing from Nigeria. Of the 4,370 Nigerian women and girls entering Europe with migrant status, the International Organization for Migration (IOM) believes 80 percent of them could have been trafficked against their will. Say #NoSlavery and get involved to help Nigerian women in need.

Can the Queens of Africa Win Over Americans? 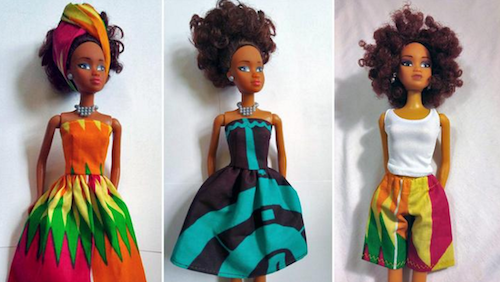 Back in 2014, Taofick Okoya’s Queens of Africa outsold Mattel dolls in Nigeria. These Barbie-esque dolls may have the figure of the busty blond dolls, but they wear the skin colors of African women. The entrepreneur still faces problems in Nigeria, but it hasn’t stopped him from shopping for American distributors during a short exhibition tour of his work in the United States.

More importantly, dolls of color raise awareness on the issues surrounding ethnic pride and racial stereotyping – something every country in the world deals with in one form or another. And, it provides an opportunity to teach values to African girl children in age appropriate ways.

Don’t Panic, but Don’t Forget about Zika Either

Whether you’re travelling to the United States or following the spread of the Zika, you may have freaked out when the Center for Disease Control (CDC) announced the number of pregnant women in the US tripled within the space of a single week. Numbers went from 48 to 157 seemingly overnight. With the risk to unborn children, this rise is scary.

But you shouldn’t panic about the rise; it’s not accurate, no matter who reported it. The new numbers represent a change in the reporting, not a drastic rise in infections. Still, the new parameters mean there are a number of women pregnant and infected with the Zika virus. Remember to protect yourself if you’re hoping to get pregnant – and get tested if you already are.