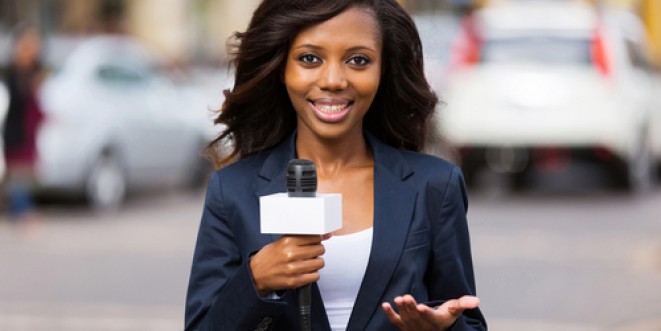 You may have caught the campaign to #FreeEse in the news and across social media; it certainly picked up speed in the past week.

At the age of 13, Nigerian teenager, Ese Oruru, was reportedly abducted from her parents, forcibly converted to Islam, and married to her kidnapper in August 2015. Her parents pleaded for her release, but were initially unable to persuade authorities to assist with their case.

There is speculation that the teenager is currently pregnant, but verified reports about her mental and physical health are not yet available. While we can’t be certain how much impact the hashtag campaign had, it’s momentum coincided with the release of Ese into protective custody and the care of her parents.

Hope for Victims of Sexual Violence

Before leaving office, former president, Goodluck Jonathan, signed the Violence Against Persons Prohibition bill into force. Amongst other issues, the new law makes rape punishable by a life sentence. While this may have been a historic moment legally, without proper response training and evidential procedures, the police and judicial arms of the government are unable to prosecute offenses.

It looks like that’s about to change! The Lagos State Domestic and Sexual Violence Response Team (DSVRT) launched the Sexual Assault Evidence Examination Kit. Better known as “rape kits”, supplies will be distributed to primary health care facilities. Meanwhile, The Mirabel Centre in Lagos which provides care and counseling to victims of sexual assault has managed to find enough funds to remain open… at least for the moment.

And Now? Paying for the Next Step

Too many people know how hard quality health care is to come by in Nigeria. Comfort Oyayi Daniel is one of them. Diagnosed with Stage 2 Breast Cancer, she underwent a mastectomy (left breast) in June 2015. But, that’s not the end of her treatment. Or, it shouldn’t be, but Oyayi needs to pay the hospital $35,966 (yes, USD) before they will undertake the follow-up chemotherapy. Unable to raise that level of funding on her own, a #SaveOyayi campaign launched onIndiegogo with the hopes of connecting with generous souls.

Oyayi’s case is hardly unique; her story reflects not only the state of medical care in Nigeria, but also highlights the growing trend of crowdfunding medical procedures, as evidenced by the emergence of websites such as watsi.org, which is geared exclusively towards crowdfunding medical treatments.

The first recorded case of the Zika virus in Nigeria was recorded in 1954 (the first human cases were reported two years earlier in Uganda and Tanzania). In the following decades, outbreaks occurred throughout Asia and Africa, but they were, by most accounts, manageable. The latest, South American outbreak is definitely more serious. On 1 February 2016, the World Health Organisation (WHO) declared a public health emergency.

Initially, it was believed that the Zika virus was carried solely by mosquitoes and affected only the babies born to mother’s carrying the virus while pregnant. However, new reports link the spread of Zika through intercourse – and it may cause paralysis or neurological disorders in anyone infected with the virus.

While the international medical community uncovers more information about the Zika virus and its effects, you can protect yourself through mosquito prevention. As there is also evidence that the virus can spread through sexual contact in addition to insect bites, remember that you could be infected even if you are in a monogamous relationship; condoms may be your only means of prevention.

Can We Expect Privatised Health Care?

On 29 February 2016, President Muhummadu Buhari met with a team to develop an agenda to deal with the state of public health care in Nigeria. While the president recognises the need to reform the health care sector, he has stated that privatising institutions will not help and that his administration will not consider this option. On the same day, the National Health Insurance Scheme (NHIS) issued a statement of intent to strengthen primary care facilities in order to make these the first point of call rather than the overburdened third-tier critical response units. While both committees issued vague statements rather than concrete action plans, the good news is that health care remains high on the agenda in Nigeria.

Climate Changes (the Way We Eat)

A decade or two ago, global warming meant wearing sunscreen. Today, we can easily see the effects of climate change have even more serious consequences. According to research published in the medical journal, The Lancet, climate change has affected the food chain. Experts predict increasing mortality as a result of floods, droughts, crop damage, and other phenomenon related to environmental changes.  Richer countries may see a small decline in the consumption of fresh fruits and vegetables; but its developing countries that will likely see critical issues linked to malnourishment and access to nutritious foods.

You can expect awareness campaigns to emerge across the globe. In the meantime, you can do your part by reducing food wastage and considering your personal carbon footprint’s effects on the climate.

No Time to Exercise Is No Excuse

There are a lot of people that just don’t get the exercise their body needs to remain healthy. One of the biggest excuses is time; when there’s a lot on your plate, exercise is one of the first things to go. But, researchers are increasingly finding the High-Intensity Interval Training (HIIT) offers many of the same (and in some cases, greater) benefits as longer workouts. That’s right, 10 minutes of intense work could equate to a 90 minute run.

The caveat? Those 10 minutes are intense. If it’s been awhile since you hit the gym, you shouldn’t undertake HIIT training without speaking to your doctor because it does involve high heart rates which can be dangerous for people with certain conditions.

Did you enjoy this article? Sign up to receive weekly updates, health and fitness tips, plus our free eBook guide to get you started on achieving a leaner body, clearer skin and and healthy glow in just 10 days. It’s all free. Sign up here.