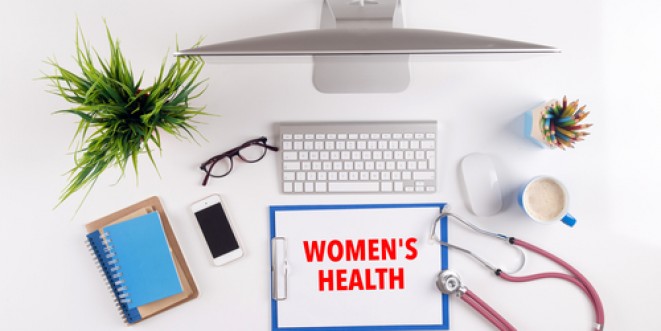 The world was stunned when American voters turned out for Donald Trump in state after state during the election. As it was announced that the republicans had won the election, many Hillary Clinton supporters began protesting in cities across the United States.

Hillary Clinton had women’s heath on her agenda and planned to provide additional reforms to allow more women access to more care. Donald Trump, on the other hand, plans to cut funding to Planned Parenthood, repeal pro-choice laws, and even prohibit medical aids from paying for IUD birth control methods. Sadly, these reforms would affect the poorer segments of the population most – and set a terrible example for other countries looking to impose more restrictive laws regarding women’s rights. Ouch!

When President Buhari said he would take allegations of sexual abuse in IDP camps seriously, he obviously meant it. Female police officers are being sent to work at camps in the north. Women officers will now be responsible for day-to-day work on the ground and, hopefully, taking reports of abuse for further investigation.

This is the response to a rather shocking report by Human Rights Watch (HRW) in the past weeks which outlined the sexual misconduct of male police and military in the camps. According to women willing to speak up, coercive activities are rampant as a response to the desperate need for food and care. It’s critical that organisations such as HRW bring reports to our attention so political leaders can continue to act on them. You can support the work of HRW by volunteering your time or money here.

Craving Chocolate? Go Ahead and Have Some

If you crave carbs and sugary sweets before your period, you’re not alone. It turns out that the average 0.3 kilogrammes of weight gain at this time of the month has its roots in your body’s hormonal changes. During this time, women are likely to consume an extra 500 calories a day – and generally not from eating healthy foods.

This isn’t mere speculation any longer; published research results show that the loss of serotonin in the days before your period prompts the craving for foods that can replace these natural chemicals. It’s your body’s way of telling you that you need a little extra happiness in your life. So, go on… have that slice of cake.

WHO Makes Measles Their Mission

The humanitarian crisis in Northern Nigeria continues to grow. And, as new areas are released from the grips of Boko Haram, more diseases and extreme malnutrition are revealed. The polio cases may be the most devastating in terms of the big strides Nigeria had made towards eradicating this disease, but it’s not the only one.

Malaria is, unsurprisingly, one of the biggest threats to health and well-being. And, Borno State reports numbers of acute watery diarrhoea cases – so much so that the World Health Organisation has sent Interagency Diarrhoeal Disease Kits (IDDKs) to the state government. They’ve also rolled out measles vaccinations to more than 10,000 children in the past week. As this disease can be fatal when combined with the malnourishment rampant in the area, this exercise has been a real life saver in the area.

Read this before you panic! You’ve probably read the reports of Zika circulating in Nigeria over the past few days. If you’re planning a family or already pregnant, you may be concerned about the health of yourself and your baby. This is what you need to know.

There is a difference between endemic and epidemic. The Zika virus is endemic in Nigeria, which means it has existed in the country for many years, a few new cases may be reported every now and again, and much of the population is likely to be immune. Epidemic means that there are current cases in a country without previous reports – and most people aren’t likely to be immune. At the moment, the NCDC is setting up surveillance of the Zika virus in the event that it spreads through Nigeria. That said, if you are pregnant, it’s always best to seek medical care.

Exercise Your Brain As Well As Your Body

Women have better memories than men – until menopause. After that, it appears that the hormonal shifts do affect your ability to recall facts and increase risk levels for Alzheimer’s disease. A new study reveals that the hormonal link isn’t a myth. But, that doesn’t mean the medical world knows exactly how to prevent memory-loss, dementia, brain fog, and Alzheimer’s from setting in.

But, there is speculation that brain exercises will help immensely. And, you should eat plenty of leafy greens, nuts, berries, beans, and fish. If you stick to just the one, a glass of red wine has also been shown to do you some good. You really can cheers to a long, healthy life that you can remember!