What You Need To Know About Heart Attacks Right Now 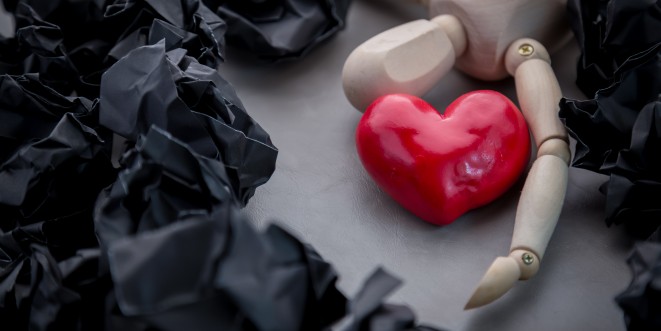 Breastfeeding? What Should You Eat?

For months you were eating for two; now that baby is here, do you still need to eat as much? And what about alcohol, caffeine, and trying to get your body back into shape? You might be surprised at the most recent guidelines for healthy mothers and babies.

Your body requires plenty of energy to produce breast milk, but you shouldn’t be consuming too many calories in any given day. During pregnancy, extra fat stores were created exclusively for this purpose. Indeed, you only need two extra servings of fruits or vegetables and three additional portions of grains. The rest of your diet should resemble a normally healthy diet. As for that glass of wine, it’s still not a terrific idea, and neither is too much caffeine. Until your baby is a little older, it may also be a good idea to cut down on the chillies, tomatoes, cabbage, and (sadly) chocolate.

A lot of attention has been paid to the women abducted by Boko Haram. The world media continually reports stories of rape, abuse, and forced domestic labour. But, recent reports shed some new light on the status of women in this terrorist organisation.

According to some reports, as many as two in five women in Boko Haram serve as soldiers. And, it appears that men may equally share in domestic work in the camps. While this does shed new light on the structure of the organisation (and how some people are able to escape, while others cannot), it does require extra vigilance on the part of all Nigerians. Women are being recruited to the cause; it’s not just happening at mosques and Islamic schools.

At a recent meeting of the Society of Gynaecologists and Obstetricians of Nigeria (SOGAN), a new drug, Klovinal, was endorsed for the treatment of vaginal infections. But, the meeting touched on points that are a little closer to home for most women – the healthy state of every vagina.

According to SOGAN, women should not wash their vagina with soaps or antiseptics as it clears away the flora necessary for a healthy vagina. Nylon underwear can create the same situation as it raises the humidity of the area. However, you should continue to wash around your vagina (the vulva) with plain, unscented soaps. Remember, some clear discharge is normal and signifies a healthy vagina. If you experience discharge with a change in colour or smell, it could mean you have an infection. Speak to a medical professional rather than attempting to flush your vagina with water, soap, or antiseptic as you could do more harm than good.

Over the past two years, over 12,000 Nigerian women have been trafficked into Europe. This practice, which almost always leads to the exploitation and forced prostitution of these women, is one of the more prolific and devastating forms of modern slavery. Although this story is hardly a new one, it appears to have continued interest in the media.

As more stories emerge, so too does the complexity of the problem. Trafficked women report the use of juju which keeps them psychologically bound to their captors (often known as owners). The victims aren’t afraid for themselves (though they live in constant fear); they are concerned that something will happen to their families if they don’t comply. Want to know more about how and why women are trafficked for sex? Or, perhaps you’re ready to lend your voice or some money to eradicate this awful problem. Either way, check out the International Justice Mission online; they have plenty of ways to get involved.

What You Need to Know about Heart Attacks Right Now

A recent study in the United States has concluded that black men and women with faster resting heart rates may have increased risk of heart failure. Previous studies had uncovered similar findings for white participants, but it was unclear whether race created any differences. It doesn’t. Although resting heart rates up to 100 beats a minute are considered normal, persons (black, white, or any other race) should be concerned if their normal resting heart rate is over 75 beats per minute.

Additionally, it’s worth noting that women often experience heart attacks differently than men. The image of a guy clutching his left arm and falling to the ground may be correct, but you shouldn’t expect these symptoms from women. Female heart attacks are often accompanied by pain in the jaw, neck, back, or abdomen. Another symptom is a sudden shortness of breath. If you experience any of these symptoms, including a high resting heart rate, it’s recommended that you visit a cardiovascular specialist rather than waiting for the worst.

Kenyan Women Are Overweight, What about Nigerians?

Nearly 5000 kilometres away from Nigeria, the Kenyan government is experiencing a big crisis – obesity. According to a Kenya Demographic and Health Survey, approximately one in three Kenyan women is overweight or obese. While no one can argue that African body values are typically larger and curvier than is desired in the Western world, that’s pushing it a little too far.

Surely Nigeria doesn’t face the same problems; after all, malnutrition is rife in the northern part of the country. But, according to 2010 World Health Organisation statistics, 26 percent of men were overweight while three percent were considered obese. And Nigerian women fared much worse! A whopping 37 percent of women were overweight, and nine percent were obese. If that isn’t motivation to take a look at our Fitness pages, we don’t know what is!