Does Eating During Labour Hasten or Hurt Delivery? 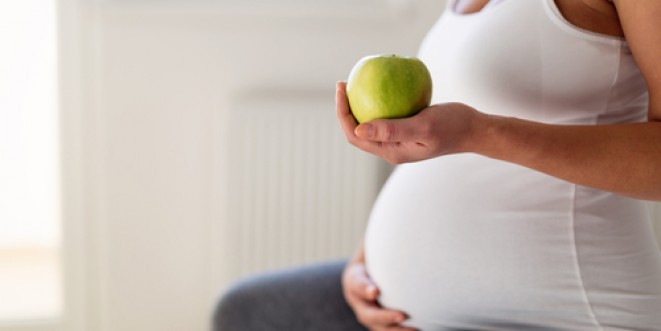 Nigeria is one of nine countries committed to halving the number of maternal and infant deaths by 2022. As part of the Network for Improving Quality of Care for Maternal, Newborn and Child Health – a group supported by the United Nations, Nigeria is initially tasked with identifying the steps it can and will take towards achieving this goal. And, it’s no small feat either.

Second only to India in the number of deaths, Nigeria faces a huge challenge. According to UNICEF, the current number of maternal stands at 145… daily. Shockingly, Nigerian children under the age of five pass away at a rate of 2300 kids per day. The country has just five years to reach the numbers agreed to with varying UN agencies, including UNICEF.

Of the roughly two million women experiencing this condition, about 400 to 800 thousand of them are Nigerian. The major causes of VVF include prolonged labour, obstructed labour, and deliberate cutting during labour by unskilled practitioners. Girls under the age of 15 are more likely to experience these complications as their bodies are not fully developed, and the issue in Nigeria is compounded further by an underserviced healthcare sector.  Luckily for these women, the Maryam Abacha Children and Women Hospital in Sokoto has begun with three vaginal reconstruction surgeries. That’s just a start; consider checking the work of the Fistula Foundation to see if you can contribute to more surgeries through their work.

Keep It Cool to Keep Your Hair

Chemotherapy is painful enough, but then there’s the hair loss that evokes sympatric sighs. Sure, anything that beats the big C is worth the side-effects… unless there was a way to ease those effects and still receive the results you want. And, there might be. A new cool-cap therapy is being tested in the United States.

These caps work on the concept that restricted blood flow to the scalp through reduced temperatures creates a barrier to the chemical reactions that cause hair loss. While the treatment does not yet have America Food and Drug Administration approval, it is being tested on patients receiving chemotherapy. Perhaps one day it will be the norm. Better still, may we won’t need to deal with cancer or chemo.

Does Eating During Labour Hasten or Hurt Delivery?

For decades, women have been expected to live on water and ice chips while in labour. (True, these aren’t universal rules – and aren’t even be a talking point in certain parts of the world.) There’s a life-saving reason behind food restrictions; early anaesthesia often resulted in women inhaling the food in their stomachs. If a caesarean was required, it could be problematic. But anaesthesia has come a long way – many women aren’t even subjected to general when it’s necessary for this surgery.

Better still, doctors are discovering that eating during low-risk labour and delivery may actually speed the process – by 16 minutes. (That may not seem like a lot of time now, but…) There are plenty of reasons for that including the amount of energy required for the task at hand and emotional stress. Of course, you’re still in the hands of your health-care practitioners – and you’ll want to consult with them (preferably before labour).

With the number of Nigerian women and girls trafficked into Europe increasing at alarming rates, it’s difficult not to notice. Last year, over 11,000 Nigerian women were registered at reception centres in Sicily, and the International Organisation on Migration believes that at least 80 percent of these women were trafficked for the purposes of sexual exploitation. (That’s nearly double the number reported in 2015!)

Last month, the Italian authorities arrested four men in connection with trafficking. But, that’s not the only country experiencing these issues. In Spain, ten men have been arrested for trafficking and sexual slavery. Through the investigation, the police discovered at least 39 women kept in abhorrent conditions. According to the reports, one of the accused is believed to be a prominent trafficker, responsible for several boats crossing at Gibraltar. Let’s hope this brings the world ever closer to ending sexual slavery worldwide.

The Price of Medicine Isn’t Coming Down

We know the government has a lot to juggle, but it’s not always clear how some decisions come to pass. Take the 20 percent tariff recently reapplied to pharmaceutical imports into Nigeria. The principle behind this move is the stimulation of the local drug manufacturing industries. It’s a financial move that tends to work better in developed economies.

Nigerians, on the other hand, are likely to just experience rising prices on much-needed medicines. That’s because there are only 300 local pharmaceutical manufacturers. And, less than 5 percent of those are recognised by the World Health Organisation. But, even if all 100 percent were fully operational, it would still only account for 20 percent of the country’s need. If you have health insurance or medical aid, take some time to look at the policy to see what’s covered.