An Evening Walk Is Better for You Than You Think 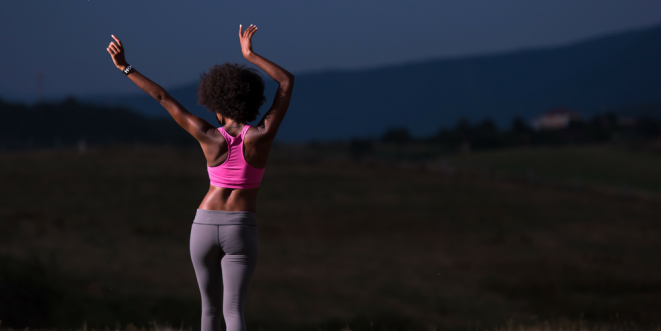 An Evening Walk Is Better for You Than You Think

Getting out from behind your desk or off the couch is always good – and we’ve always known it to be beneficial. But, researchers had no idea just how powerful moderate-to-vigorous physical activity really is. Why? Almost all studies have relied on self-reporting or other fallible metrics. It was believed that exercise reduced mortality rates by 20 to 30 percent. It appeared results were underreported which is good news.

For older women, physical activity can actually reduce mortality rates across all causes by 60 to 70 percent. The latest study, undertaken by researchers at Harvard University School of Public Health over the course of four years (and published in the journal Circulation) relied on information transmitted by triaxial accelerometers worn by over 16,000 older women and found 150 minutes a week of moderate exercise (or half that for more vigorous movements) can create this substantial reduction in mortality. Although the study didn’t find light exercise to have any bearing on mortality rates, the study authors have been quick to point out that it will have other benefits.

This Vaccine Could Save 150,000 Babies Annually

There is no vaccine readily available against GBS – though it’s known to cause more deaths than tetanus, pertussis, and respiratory syncytial virus combined. Researchers in South Africa are hoping to change that. Funded by the Bill and Melinda Gates Foundation, the Wits MRC Respiratory and Meningeal Pathogens Research Unit recently completed the first study of an investigational GBS vaccine in pregnant women. And, now it’s onto making such a vaccine a reality.

In Africa, Women Are 200+ Years behind Men

It sounds tough, doesn’t it? And it is. According to a report by the World Economic Forum (WEF), it will be 217 years before women earn the same as men doing the same job as they do. And, it’s the second consecutive year that this non-governmental organisation has downgraded the status of gender equality. A mere two years ago, it was predicted that it would take 118 years to reach the same status.

So what’s going on? The WEF considers issues such as the number of hours the genders work – and how much they’re paid for their time as well as the positions in government held by women and their access to education. And those 217 years? They’re shared by women across the globe, though Nigeria ranks 122 out of 144 countries included, losing to a lot of states we might not have even remembered. And, why is it important? Every person has the ability to contribute positively to the economy and the world; without equality, that right and the money that goes with it simply falls away.

Africa is the only continent that battles both severe malnutrition and obesity – and both are problematic. Across the continent, roughly 60 million children are malnourished and failing to develop properly which affects both the child and her family and the economy as a whole. The cost of hunger is somewhere between 1.9 and 16.5 percent of the country’s GDP. Every year, roughly one million children under the age of five die across Nigeria; about half of these deaths have malnutrition as a root cause. And, northern Nigeria is battling extreme hunger in the wake of Boko Haram.

The recent Global Nutrition Summit, held in Milan, Italy highlighted African concerns which range from access to food, stunting, and dissemination of information – with former UN Secretary-General, Kofi Annan, championing the cause. Clearly, these concerns have not gone on deaf ears. According to the summit organisers, some $3.4 billion was raised to combat malnutrition across the globe with Africa’s richest man, Aliko Dangote, pledging $100 million through his foundation to combat Nigerian hunger over the next five years.

Another Reason to Move towards a Vegan Diet

An estimated 30 Nigerian women die daily from breast cancer, and there are some 100,000 new cases recorded every year. While early diagnosis and treatment are the keys to beating cancer into remission, there are some forms that just don’t respond well to known therapies. ER-negative breast cancer is such a strain and accounts for roughly 20 percent of people with breast cancer. It’s simply unlikely to respond to hormone treatments.

But, researchers from the University of Alabama at Birmingham published new research in the journal Scientific Reports which demonstrates that plant-based diets make it more likely that ER-negative breast cancer will respond to the estrogen-inhibiting drug, tamoxifen. A vegan diet may even make you less susceptible to the big C. A move towards veganism may just save your life – but you need to be certain you’re getting critical vitamins and nutrients if you make the move. If you’re at risk, you may want to consult a dietician to see if it could work for you.