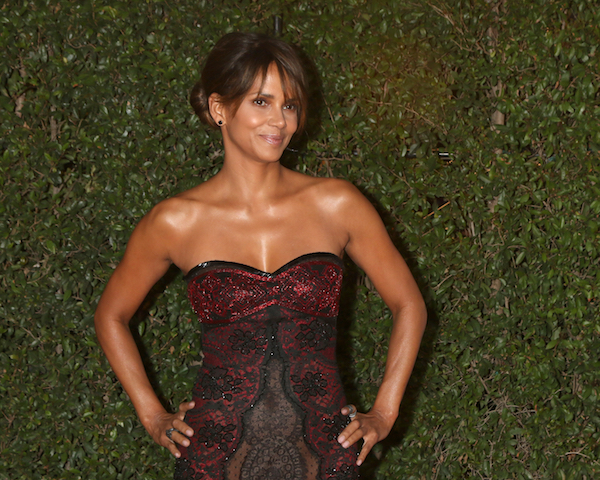 Halle Berry is hot (especially considering that she’s already 52) – and you may not think she needs any help in the bedroom. But, just because you look good on the outside, it doesn’t mean you’re always in the mood. It seems like the perfect thing for Halle to casually remind of us in her Instagram feed. Okay, she wasn’t complaining about her sex life, only pointing out that cardio exercises are awesome for increasing libido (and that’s one of her favourite reasons for doing them).

And, she’s right. Getting all that blood pumping does great things for your heart, your brain, and your sex drive. In fact, not exercising is one reason you might not be in the mood, though there are others like not drinking enough water or getting enough sleep. The message, apparently, is that healthy living makes you look good, feel good, and helps your sex life. (Plus, cardio exercises can be completely free; you can run in place just about anywhere.)

You Might Not Be the Multitasker You Think You Are

You’ve heard that women are better multitaskers than men – and there’s probably not much in your daily life (at work, at home, or out and about) to contradict that belief. But, even as it’s made headlines, there are some researchers that haven’t put much stock in the findings of previous research. Indeed, there are some studies that show men coming out on top. To test this theory, researchers developed a 3D simulation in which all participants were given the same set of tasks to complete – and the disruptions were all the same, regardless of the gender of the subjects.

Rapidly switching between a number of tasks is known as serial multitasking, while concurrent multitasking is actually doing two things at the same time. Most multitasking falls in the first category rather than the latter (which could include something like texting and driving). The latest study, published in Psychological Research, shows there’s actually no difference between women’s ability to multitask and men’s ability to do the same. The difference might just be how often women are required or requested to multitask compared to their male counterparts.

Here’s good news we can all use: Japanese researchers have found a link between exercise and immediate enhanced memory recall. While the study was small (just 36 participants), it looked at recall abilities without any physical activity and a few minutes after ten minutes of light exercise. You can probably guess which scenario produced better results.

In addition to mere memory tests, researchers also performed brain scans on some of the participants in which they saw something startling. Light exercise led to an immediate burst in communication within the brain, accessing areas that are key to memory processing. Sure, the study was small, but it might provide you with some inspiration to take a walk before diving into a big project or learning a new skill. If it’s good for your body and good for your brain, why not?

Just about everyone knows that smoking can cause lung cancer; even smokers know it’s bad for them. But, it seems that there’s a large part of the population that just isn’t aware that obesity can also cause cancer and that women (by nature of their bodies) are more susceptible to cancers caused by obesity, which include breast and uterine cancers. And, in this case, it’s a matter of “what you don’t know can kill you”.

Number crunchers predict that in 25 years, obesity-related cancers will claim more women’s lives than smoking-related cancers will. And, yet, people don’t associate weight with cancers, even if they do match it up with hypertension and diabetes. Just like smoking, the fight against these cancers starts with awareness, but then it’s up to individuals to make lifestyle changes that make a difference. That’s not to say it’s easy to make these changes (quite the opposite if you ask most people who’ve made them); but you can start anywhere you like, perhaps by watching the documentary What the Health and checking out the good-for-you recipes on RadiantHealthMag.com.

The (Other) Surprising Benefit of Birth Control Pills

Previous studies suggested that the older form of birth control pills, which contained only progesterone may have reduced risk for ovarian cancer. And, it seems, research shows that newer forms of oral contraception, which include both progesterone and estrogen, may be even more effective at fighting cancer than the older versions. Surprisingly, the positive cancer-fighting effects may linger even after you stop taking them.

The study tracked 1.9 million women between 1995 and 2014 and demonstrated that birth control pills prevented 21% of ovarian cancers. That is a bold statement, but the researchers did have a large sampling over an extended period. However, it’s worth noting that this study was done in Denmark and didn’t include a large proportion of women of colour. That said, if you’re exploring birth control options with your doctor, you may want to reconsider the pill if you have a high-risk for uterine cancer.