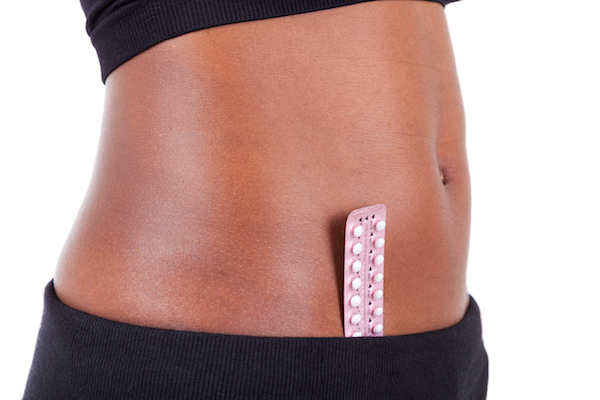 Roughly 70% of Tanzania’s 53 million people are living on less than $2 a day, but President John Magufuli believes the country needs more people – despite having one of the highest birth rates in the world. In a recent statement, the president said that women who use birth control are simply lazy and just want to avoid working hard to feed their families. On average, a Tanzanian woman already has five children and the country’s health insurance scheme only accommodates four children per family.

What makes this stance even more heartbreaking is the law, supported by Magufuli, that bans teenage mothers from returning to school after giving birth. Roughly 21% of the country’s 15 to 19-year-old girls have at least one child and most have been expelled from the classroom, even if they want to continue their education. It’s tough going for women in the country, no matter how you look at it. Want to assist the push for gender equality in Tanzania (or any number of countries)? Check out the work of Equality Now to see how you can get involved.

Yes! Through exercise and controlled food intake, it’s not only possible, it’s probably recommended. Doctors began encouraging pregnant women to eat for two in the 1980s, at a time when women weren’t putting on enough weight. Shortly after, women began gaining too much weight during pregnancy; the only consequence, it was believed, was appearance. As it turns out, that’s far from the truth. Overweight and obese women tend to experience a number of complications during pregnancy and delivery, including higher incidences of high blood pressure, gestational diabetes and cesarean sections. Children born to overweight mothers are also more prone to developing childhood diabetes and becoming overweight themselves.

The best course of action is to adopt a healthier lifestyle before falling pregnant, a new study published in the Journal of Obesity shows, but you can safely reduce the amount of weight you gain while pregnant and still deliver healthy children. The recommended weight gain for non-overweight women is 25-35 pounds, and can be reduced to 15-25 pounds for overweight women and 11-20 pounds for those considered obese. Sadly, these US National Institutes for Health (NIH) trials didn’t show a drop in obstetrical complications or birth weight, but it does provide hope for a healthier generation of children. But remember, the best bet for you and your children is to reduce your weight before pregnancy if you can, and to pursue the healthiest pregnancies possible whatever your weight.

Another Study Shows Just How Dangerous Black Hair Products Are

Time and time again research has shown that hair products designed for black women are killing us. The latest study, undertaken by Silent Spring, looked at 18 common products, from hair relaxers to anti-frizz treatments. Each product was tested for 66 known endocrine disruptors that may contribute to reproductive disorders, birth defects, asthma, and cancer. Each of the 18 products (chosen for their popularity) contain somewhere between four and 30 of those nasty endocrine disruptors.

If that wasn’t scary enough, it appears that products marketed towards children often contain more than those for adult women. Companies aren’t always required to disclose the full list of the chemicals included in their products, leaving us in the dark about the serious side effects we may suffer from using these products. Even when potentially harmful ingredients are listed, wading through the lists to determine what’s good and bad can be confusing. If you’re ready to trade your style for better health, consider downloading Detox Me – an app that helps you determine which products in your life are making you and your family ill.

Cancer Is on the Rise Across the World

In 2012, 14.1 million new cancer cases were recorded and 8.2 million people died from one form or another. The latest research puts the 2018 figure at 18.2 million new cases and 9.6 million deaths. And, while location plays a role in which type of cancer you’re more likely to get, there isn’t an area that isn’t seeing an upswing in prevalence and deaths. As many as one in six women will develop some form of cancer and one in 11 will die from it.

Breast cancer remains the most prevalent for women, followed by lung, colorectal and cervical cancers. And, although early detection of breast cancer usually saves lives, it’s still the leading cause of death for women across the globe. The rise of lung cancers in women is particularly disturbing (and it’s the leading cause of death for women in 28 countries) as the majority of cases are attributable to cigarette smoking. Given the overall rise in cancer and that we’re still waiting on a cure, take the latest statistics as an inducement to make healthy lifestyle changes wherever you can – and share them with your friends and family.

Sorry, but Exercise Isn’t Going to Stave off Menopause

In the past couple of years, there have been studies which show exercise might prolong the inevitable change known as menopause. Sure, the findings suggested it wasn’t a huge delay, but it was one nonetheless. Of course, there were other studies that showed the opposite. As of today, it appears that exercise has nothing to do with the menopause timing. Researchers followed 107,000 U.S. women between the ages of 25 and 42 for 20 years to determine that physical activity plays no role in the time or age we hit cross that bridge.

However, this shouldn’t ever be used as an excuse to drop your gym membership. Women who exercise are far less likely to develop diabetes or breast cancer and reduce their chances for heart disease. Want a few more reasons? How about strengthening your bones, preventing weight gain and boosting your mood? All of those sound pretty good – no matter what stage of life you’re in.