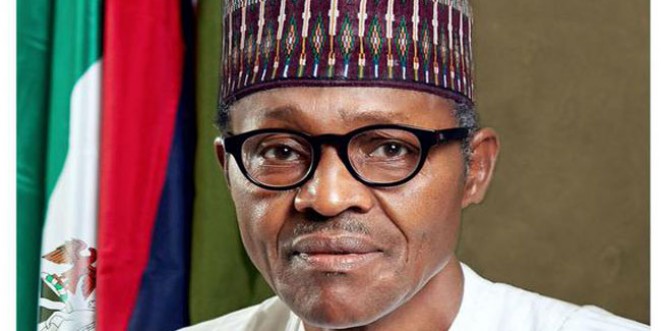 Nigerian President, Muhammadu Buhari is in London this week, ostensibly on holiday. But, he’s also been referred to a UK doctor that will take a look at a recurring ear infection while there. According to an Ear, Nose, and Throat (ENT) specialist at Lagos University State Teaching Hospital, seeking a second opinion isn’t and shouldn’t be a question. That said, there are over 250 ENT specialists in Nigeria, and it’s difficult to believe that the president couldn’t receive a second opinion from the National Ear Centre in Kaduna State.

Whatever the president’s reasons for travelling to London, we can’t help but notice that this is a missed opportunity for the leader that so recently spoke out against medical tourism. That said, we do hope his ear problems are not the sign of anything serious.

Can You Get Zika from Kissing?

Uh oh! There’s now a possibility that Zika has been transmitted by an infected man to a woman through oral sex or kissing. Because of the type of sexual encounters reported by the couple after their infection status was known, it’s unclear how the virus was transmitted. Now, that’s not to say they avoided intercourse altogether, but the whole situation regarding the Parisian resident’s infection is still unclear.

What is apparent is that Zika isn’t going to quietly roll over or remain on the other side of the Atlantic Ocean. Women are encouraged to protect themselves in any and every sexual encounter and to take the time to communicate with new partners. As with any incident of rape or forced sex, make sure you report to the authorities and receive a medical check-up, especially if you are or fear you might become pregnant in the near future.

It’s not uncommon for older Igbo women to marry younger women into their family to maintain the family’s lineage. The “bride price” is paid for these young women, who are typically pregnant when their hand is sought, though no husband may ever have existed. It happens in childless marriages, when all the children are girls, and might even take place years after the death of the supposed husband.

Though women bring the new wives into the family, this does not violate the country’s homosexuality laws. In fact, this practice is brought about by national legislation – and women’s needs to subvert them. As women are unable to inherit property, the tradition of “female husbands” persists to ensure that land and wealth doesn’t fall to strangers. Whatever you make think of women marrying women, the emergence of these stories in the media does mean it’s time to address the laws regarding women’s rights to inherit property, doesn’t it?

There are over 30,000 primary healthcare facilities throughout Nigeria. They were designed to care for basic illnesses, perform non-critical casualty treatment, and refer severe cases to the secondary and tertiary care units when necessary. Though one might expect it to be harder to staff and supply primary care centres in the most rural areas of the country, no one can be satisfied with the recent statement of the Acting Executive Secretary of the National Health Insurance Scheme (NHIS). Mr. Olufemi Akingbade reports that a mere 2500 of Nigeria’s primary care centres are operational.

With less than 10 percent of the country’s primary care centres functioning, over 100 million Nigerians are denied the services and treatment they deserve. And, something needs to be done about that immediately!

Even in a country where Boko Haram imparts such incredible terror, it’s difficult to comprehend that a 74-year-old woman could be beheaded – in the middle of a market. According to reports, Bridget Agbawe was working alongside her husband in their plastics shop in Kano. Apparently, a Muslim customer came into the store and began to pray, at which point she asked him to leave. The customer accused her of blaspheming the Prophet Muhammed and a mob soon formed. Two men allegedly held the woman down and cut off her head in broad daylight; her husband was quickly taken away for safety.

The two men have been arrested for this horrendous crime, but Nigeria’s Muslim Rights Council says this is not nearly enough; whatever the victim may have said or done, nothing condones the actions of the accused. Unfortunately, this attack means that women in Nigeria must remain vigilant regarding their safety.

The Lancet Commission on Adolescent Health and Wellbeing recently released a report which lists Nigeria as a country with a high burden of adolescent health problems. Approximately 23 percent of the 189 million Nigerians are classified as teenagers, which means that a high number of adolescents are at risk.

According to Professor Adesegun Fatusi from Obafemi Awolowo University, this is hardly surprising given the state of Nigerian healthcare in general – and the news doesn’t contradict the information he’s gathered as the country’s leader in adolescent health. In addition to STDs (including HIV) and the high rate of teenage pregnancy, Nigerian youths are also more susceptible to disease and injury. They’re also failing to maintain physical fitness levels. What can you do about it? If you’re in Nigeria, why not take a teen under your wing, sponsor a gym membership, or support initiatives that teach teens about disease prevention?

Keep Your Eye on This Powerful Nigerian Woman

If you don’t know Folorunsho Alakija by now, you’re about start hearing a lot more about her. Though she started as a secretary at the now defunct International Merchant Bank of Nigeria, Ms. Alakija studied fashion design in London and opened her Nigerian design house in the 1980s. But, nothing was going to stop this powerful Nigerian from moving onwards and upwards. In 1993, she applied for and received an oil prospecting license. And that’s when the money started to flow.

Now estimated to be worth over US $1.73 billion, Ms. Alakija has just been ranked 80th in Forbes’ 2016 List of the Most Powerful Woman. Joining the ranks of German Chancellor Angela Merkel or the United States’ Hillary Clinton is perhaps honour enough, but according to Forbes, she’s the most powerful African woman. And that makes her someone we should all have our eyes on.