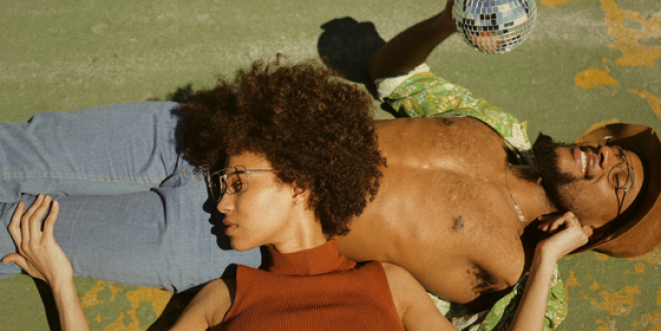 If you’ve ever tried to diet with your husband and been disappointed that his loss outstripped yours, you’re not alone. A new study, published in Diabetes, Obesity and Metabolism, tracked over 2000 overweight pre-diabetes participants consuming a limited-calorie diet (just about 800 calories actually). During the study, men lost an average of 26 pounds, and women only 22 pounds. One reason may have to do with the fat we hold – and where we hold it. Men are more likely to have excess visceral belly fat (which responds metabolically) while women typically have subcutaneous in their hips, thighs, and rear ends (which isn’t metabolically active).

This study, as with all studies, had its limitations. For a start, it only considered participants in Western Europe, Australia, and New Zealand; it also didn’t account for whether the female participants were pre or post-menopausal or whether the results were sustained over time. But, it did show that both men and women experienced health benefits including lower heart rates, reduced body fat and a decreased risk of diabetes and metabolic syndrome. So, even if it’s harder for women than men, it’s still totally worth it.

Is Your Name Too Ghetto?

It’s almost too incredulous to believe, but roughly 20 applicants to Mantality Health in the United States received responses informing them that they wouldn’t be considered for employment because the company doesn’t hire those with suggestive “ghetto” names. The company has responded with the defense that their accounts were hacked and a statement that this is not an action they condone.

This type of discrimination is, however, unfortunately, common and well-documented. A 2002 shows that applicants with “white-sounding” names received 50% more interview callbacks than those with “black-sounding” names. But, even if the emails were a nasty trick by someone hoping to negatively impact Mantality Health, it’s disgusting to think that something as personal as your name can be attacked – especially it’s unlikely to proceed further than an investigation and slap on the wrist. Ouch.

How Old Is Your Mom?

When you’re young, it’s easy to believe you’ll live forever. But, as you reach adulthood and draw closer to menopause, it’s much easier to feel like there’s not enough time. We all want more of that commodity – but with the caveat of overall good health. Of course, no one knows how long they have. But a new study shows that women whose mothers lived to the age of 90 are 25% more likely to reach the same point and experience fewer health complications at the same time.

The study, undertaken by University of California at San Diego researchers, looked at more than 20,000 racially diverse women and considered data from another 160,000 women in the United States. They also found that if a woman’s father also lived past 90, her chances of a long, healthy life jumped to 38%, but a long-lived father alone didn’t impact her longevity. While these findings don’t impact everyone, it’s worth remembering that your health as you age increases the likelihood that your daughters and granddaughters experiencing the same.

In the US and the UK, suicide is on the rise. And, for the first time, the number of women who take their own lives is growing faster than men. The number of suicides for boys and men grew 21% between 2000 and 2016 in the US; for girls and women the growth rate was 50%. More shockingly, that number rose to 60% when considering only women between 45 and 64, though the number of younger women is also on the rise. In the UK, data collected at mental health institutions shows a similar rise.

There are several proposed theories behind these numbers, all of them largely linked to the increasing responsibilities women undertake, combined with fewer resources. But, whatever the cause, it’s absolutely critical that we begin talking – about our troubles, about solutions, and with each other. While a new three-digit emergency number is in the works in the US, it’s important to remember to that there are suicide prevention resources in most countries and one of the best resources we have is each other. Reach out to the people in your life – whether you’re feeling up or down – you don’t always know who needs an extra hand or a little extra kindness.

Don’t Try Every Diet Out There

Recent studies have shown the damage we’re doing to our health by following the diets posted by celebrities and influencers on social media; what works for someone else may not work for you. It’s important to consider your own body when undertaking a change in your eating patterns. Take, for example, the carnivore diet which has some people very excited. It involves consuming only animal products and, while you might initially lose weight, isn’t scientifically healthy (nor is the wine and eggs diet).

A varied diet is essential for good health. But, you need to pay attention to the diversity in your diet as the talk around a study published in Circulation demonstrates. This research suggested that greater dietary variety may be linked to increased risk for obesity, diabetes, and heart disease. But, it’s the terminology that’s creating the problem. When diverse means cake and fried food, it’s absolutely linked to those conditions. But, when it refers to fruits, vegetables, whole grains, and a limited number of “treats”, it doesn’t. The big lesson here is that anyone concerned with their weight shouldn’t jump on any diet bandwagon; listen to your body – and the advice of your health care professional – not the photos on Instagram.