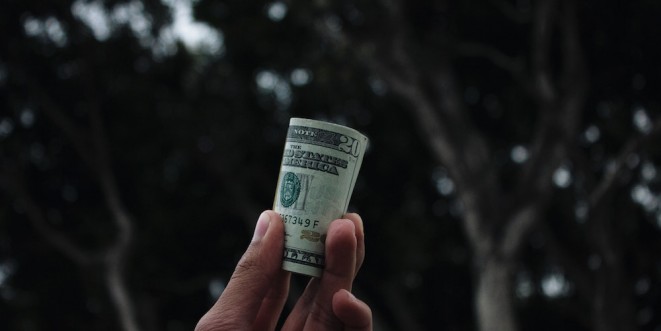 Two recent studies show that providing cash incentives may lead to healthier young adults – as long as the correlation is concrete. In the United States, a study showed that by providing teens with Type I Diabetes with cash rewards and penalties (even minor amounts) encouraged them to undergo daily self-monitoring and to take control of their health.

In South Africa, girls in some of the poorest rural communities were given money to stay in school – though the aim was to reduce the number of HIV infections among the participants. While the rate of HIV infection is generally (and in this case specifically) linked to school attendance rates, it’s not a direct metric and doesn’t necessarily create positive reinforcement between earning money and protection against sexually transmitted diseases (STDs). Perhaps, however, future studies will make it easier to increase self-healthcare while reducing the financial burden for poor health.

Just off the end of the latest strikes and the government’s move to hold striking medical workers accountable, the National Medical Association (NMA) has called for a fresh stance on their rights. Except, they’re not calling it a strike; they’re calling it a mass sabbatical instead. And, that’s probably enough to win the case that it’s not a strike – if it were to come to that.

But, the reason for the strike? The NMA claims that the Joint Health Sector Unions (JOHESU) is an illegal organisation – and that other health care workers should not be entitled to the same pay scales as doctors and dentists belonging to the NMA. No date has been called for the latest strike, ahem – mass sabbatical, but the one thing Nigerians don’t need is more division between its healthcare professionals.

Yet Another Reason to Lose Weight Before Pregnancy

Many studies clearly demonstrate that women who are obese have more difficult pregnancies and experience delivery complications. In addition, maternal obesity may also diminish the child’s chances for healthy development throughout childhood. And, a new study shows one reason why.

According to researchers at the University of Pennsylvania School of Nursing, 58 percent of statistically obese women are likely to experience a delay in their postpartum milk production which leads to slow weight acquisition and other developmental markers. For reference, statistically obese includes women with a body mass index (BMI) over 30. Isn’t it time you took a moment to consider your BMI – and the future of your health as well as any children you may have in the future?

The Pharmacists Council of Nigeria (PCN) has just completed an investigation and tour of 373 pharmacies and patent medicine stores in Kogi State – and they’ve closed 287 of them. In some cases, the medicines were not properly stored or distributed, but in other cases, it’s simply a matter of failing to renew their licensing.

The businesses that reverse their current infractions to comply with the law will be reopened. However, it may take some time as a combination of factors must be met in most cases. Though it may seem harsh to Nigerians needing to secure their medicines, it’s critical to remember that improper handling of medications can alter them – decreasing their potency and possibly transforming them into lethal rather than life-saving medicines.

The government of Canada has just announced a $3.5 billion investment into Nigeria’s healthcare sector – with the specific aim to improve the lives of Nigerian women and children. Working alongside the World Health Organisation (WHO), the money will be used to strengthen an existing programme – Integrated Community Case Management (iCCM). And, there’s no one claiming this investment isn’t needed.

But, at the same time, the House of Representatives’ Committee on Health has found billions of Naira worth of equipment literally dumped at teaching hospitals across the country. The equipment has never been used, never been installed – and is certainly desperately needed. There are suspicions that the medical equipment is linked to a 2010 government contract – which should have led to the installation, training, and use by doctors – but was never completely fulfilled. Whether these supplies are still useable or not, along with the actual origins of the equipment is still unknown.