Mass Meningitis Vaccination Underway in Nigeria. Here’s How to Get Yours 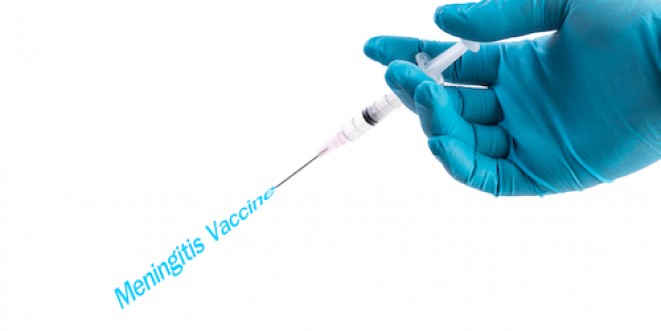 In the last week, it appears that 1000 new cases of meningitis have been reported and the death toll has reached over 330. While the Nigerian Centre for Disease Control works to ramp up testing and reporting, they’re also rolling out 500,000 vaccinations. This isn’t anywhere close enough to the three million doses needed to protect against the latest epidemic.

The United Kingdom is expected to donate an additional 800,000 vaccinations free of charge, but an additional two million more doses have been ordered. Two treatment centres will be set up in every local government for testing, reporting, and vaccinations where possible. If you haven’t been vaccinated, be sure to report to your local healthcare centre as soon as possible.

When You Eat Counts as Much as What You Eat

Confused about whether you should be eating five small meals or three larger ones? Surprisingly, it doesn’t matter as much as you think. As long as you eat the same number of calories spread throughout the day, you can choose whichever works better for you. But, there is something to consistency; if you normally eat the majority of calories before a certain time of the day, you’ll battle to burn them if you suddenly eat them later.

Interestingly, another study demonstrates that women should consume carbs before working out rather than after to burn more calories and fat. (Men, should consume them after.)  To maximize the effect of your workout, you will want wait at least an hour and a half after cool down to burn more fat. Timing, as they say, is everything.

Lagos doesn’t just want to end medical tourism leaving the country; they hope to develop into a medical destination for the entire continent. Given the current state of health care across the country, this won’t be an easy task – but it may just be possible.

The Lagos State Government have announced the development of a new agency to manage the State’s Health Insurance Scheme, HIS. Managing health insurance providers and agents won’t be the easiest task, especially as the agency will be funded through taxes paid by Lagos residents. But, it’s definitely better to aim high than shortchange the people.

A recent study has linked prolonged antibiotic use in young adults to the development of bowel cancer later in life. As you can imagine, it’s hardly as simple as that; there are plenty of qualifications. An American study considered the data of over 16,000 nurses who had two-month (or longer) courses of antibiotics in their 20s and 30s. These women demonstrated at 36 percent greater likelihood of developing colon polyps. The risk apparently increases for extended doses over the age of 40.

Now, not all polyps are or become cancerous – and the study does not provide information regarding this aspect. Additionally, there hasn’t been enough testing to rule out variables such as diet, alcohol consumption, and the like. So, while it’s worth being concerned about taking antibiotics, you should never stop mid-course unless specifically requested to do so by your doctor. And, if you have additional concerns, that’s exactly whom you should speak with.

In the last week, 22 girls and women were kidnapped by Boko Haram in two separate raids. And, although there is always a possibility these women could be radicalised and become combat fighters, the norm is forced marriage or sexual slavery. At the same time, 28 Nigerians and Eritreans have been freed from Libya after it was determined that these women weren’t working with ISIS, but rather victimised by this terrorist organisation.

And, it’s not just globally renowned terrorists kidnapping and abusing Nigerian women. Six women were trafficked into Ghana by two Nigerian women who had promised them domestic work in Europe and the Middle East. The Ghanaian police have arrested the perpetrators, but it’s a reminder that big changes are needed – and we must do more to protect the rights