A Review of 2016 Top Health News You Can Use 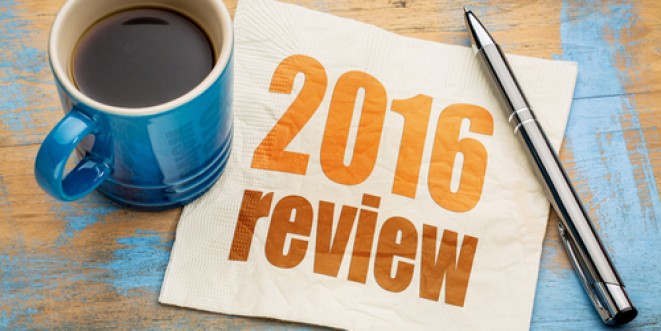 2016 has been a tough year to be a Nigerian woman. From the cutting words of the president to the rise of sex trafficking, women’s rights in Nigeria have been a battle from beginning to end. Though a few of our girls were indeed released, women living in internal displacement camps found themselves in dire situations as new cases of polio emerged. And Nigerian women weren’t alone in their trials; Zika spread health fears across the globe, and the first female American presidential candidate lost the election. (Thankfully, there were a few happy stories too.)

The Year Zika Filled Us with Terror 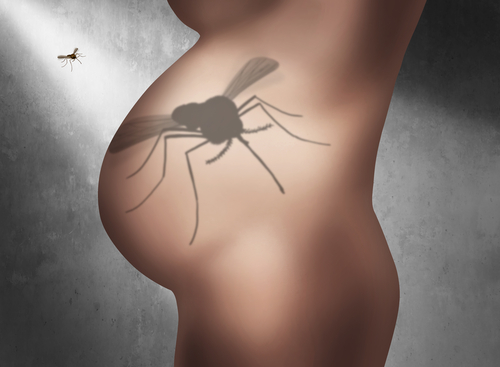 Pregnancy is meant to be a time for celebration, not panic. But it’s tough not to panic when your baby could be diagnosed with a disease that results in extreme neurological difficulties and an abnormally small head. Not only does the condition, known as microcephaly, exist — it’s been happening a lot.

In October 2015, the Brazilian government linked the cases of microcephaly to the recent outbreak of the Zika virus. Zika had already been tied to Guillain-Barré syndrome, a severe form of paralysis. As the virus spread in 2016, its transmission through sexual contact was confirmed, and some countries took the unprecedented step of advising women to delay pregnancy.

On February 1, 2016, the World Health Organization (WHO) declared a public health emergency. While Nigeria has not reported mosquito-borne transmission of the Zika virus, 67 other countries have, including Cabo Verde, Guinea-Bissau, and Gabon. Take a moment to protect yourself with information: who.int/emergencies/zika-virus/en. 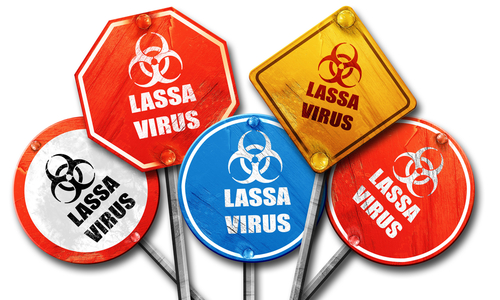 The end of September saw the inception of a new training program for youths in Lagos. The work? Killing rats in the city. The amount of remuneration is unknown, but it’s a significant step in the fight against Lassa fever.

This hemorrhagic fever lasts up to three weeks and ordinarily carries a 1 percent mortality rate. The WHO counted 154 Nigerian Lassa fever deaths out of 284 infections between August 2015 and May 2016. That’s a worryingly high mortality rate of 54 percent, and new cases continue to add to it.

The fever spreads through the consumption of foods contaminated with the excrement of infected Mastomys rats or from contact with the bodily fluids of infected humans. Update yourself on the symptoms at who.int/csr/disease/lassafever/en and help stop the spread by reporting potential cases to @NCDCgov on Twitter. 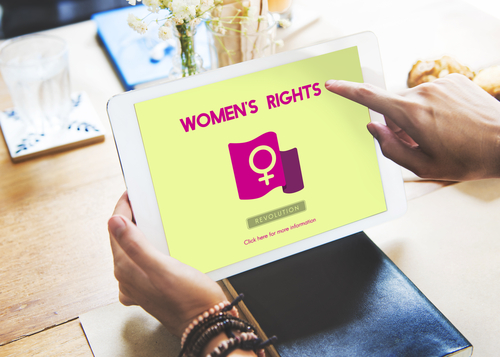 According to Nigeria’s criminal and penal codes, assaulting a woman is a misdemeanor, but assaulting a man is a felony. And if a man beats his wife for the purpose of correcting her, it’s no offense at all.

Nonetheless, the Nigerian Senate failed to pass the Gender and Equal Opportunities Bill, or “Women’s Bill,” in March. The grounds for dismissal included the belief that adequate protections already exist and that the legislation conflicts with the Constitution. Others believe it’s too Western and promotes prostitution, and a few even turned to the Bible.

A watered-down version of this bill is back, yet despite the new version’s weakness, Muslim senators are being warned not to back it due to objections over a woman’s right to equal inheritance. We’ll have to see whether the Senate wants to take a step forward or another agonizing plummet into the past.

Finally! The Formation of the African CDC

The Ebola outbreak that devastated West Africa a few years ago gave rise to the development of an African Center for Disease Control (CDC). In 2015, US Secretary of State John Kerry signed an agreement with the African Union to provide technical support for the organization’s formation.

Praised for its ability to prevent the spread of Ebola within its borders, Nigeria was awarded one of five regional African CDC hubs in March of this year. While still in the early stages, the African CDC has a primary mandate to further research and information coordination.

In July, President Buhari appointed Chikwe Ihekwazu to take the helm of the Nigerian CDC. Not only is he a consulting physician and epidemiologist, but he is also the editor of Nigeria Health Watch and a managing partner of EpiAfric. While Ihekwazu’s appointment came as a surprise to him, he is more than qualified, and hopefully this is a sign of good things to come in the health-care sector as a whole.

We Were Almost There 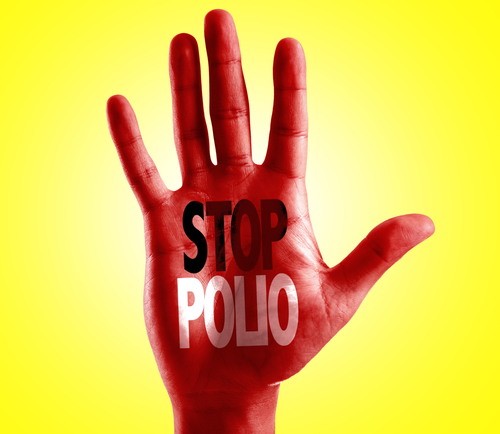 This year we should have celebrated the second anniversary of the last reported wild polio case in Nigeria. That would have given both the country and the Continent just one more year before it was certified polio-free.

But as the Nigerian military managed to liberate areas under the control of Boko Haram, two new cases of wild polio emerged, almost two years to the day since the last reported case.

While this is yet another demonstration of the horrors caused by this terrorist group, the swift reaction from the government and international aid agencies to immunize Nigerian children should remind us that we’re on the right path. We may have another three years to go, but we’re light-years ahead of the last starting point.

Sex Slavery Is a Reality for Many Women

Flimsy boats filled with women depart from Libya headed toward Europe all the time. Sometimes humanitarian ships manage to rescue them before they sink, but that doesn’t necessarily make life easier for the rescued. The constraints of these rescue activities sometimes speed these women into the world of sexual slavery.

Over the past year, the number of Nigerian women trafficked through Libya to Italy and throughout Europe has reached crisis levels. In 2014, approximately 1,500 Nigerian women arrived in Europe after a perilous sea journey. In 2015, the number increased to 5,633. In the first six months of this year, over 3,600 women survived the voyage; by October, the number reached over 6,500.

Human trafficking is the most lucrative crime after drugs, and we think it’s time for it to stop! Take a look at walkfree.org to see how to help.

When the “Other Room” Became a Thing

You might know it as the bedroom, but President Buhari calls it the “other room.” Or at least that’s what he said to the press when he indicated that his wife, Aisha Buhari, belonged to his kitchen and the other room. And yes, he said this in front of the most powerful woman in office at the moment, German Chancellor Angela Merkel.

The President’s remarks sprang from questions regarding his views on Aisha’s criticism that his government should be doing more to transform Nigerian lives. Whatever provocation he may have felt, his comments are reprehensible at best, especially given the shameful state of female equality in Nigeria. And it’s not something that the rest of the world missed or dismissed; we’ll be hearing more about this in the coming year.

Nigeria Is One of the Worst Places to Be a Girl

Nigeria is apparently a terrible country to be a woman or girl. The World Economic Forum’s Gender Gap Report ranks Nigeria 125th out of 145 countries. Côte d’Ivoire (133), Mali (137), and Chad (142) are the only African countries to fare worse. Not only has Nigeria fallen seven spots since last year, but research shows that Nigerian women still earn roughly only half as much as men!

To make matters clearer, Nigeria is ninth from the bottom of the Girls’ Opportunity Index report by Save the Children. This research considered the number of female members of parliament in various countries, as well as lower secondary school completion. More important, it focused on the rates of child marriage, adolescent fertility, and maternal mortality. While these statistics may not come as a surprise, they should still break your heart.

Much More than a Rapper’s Mishap

Rowing isn’t a big sport in Nigeria. Many had never even heard of it until Chierika “Coco” Ukogu took her place in green and white at the 2016 Summer Olympics. Born in the United States, this 23-year-old is a proud Nigerian, despite needing to raise her own funds to participate in the games.

This med student took up the sport in 2006, but couldn’t join the Nigerian rowing team at the Olympics because there wasn’t a team! Coco created one. You may have heard that Ukogu won silver for Nigeria; with glowing praise, Snoop Dog (yes, the rapper) posted that news incorrectly on social media. But however wrong he was about Ukogu’s number (and she’s still in the top 20), we can all agree that this radiant woman deserves to be praised. 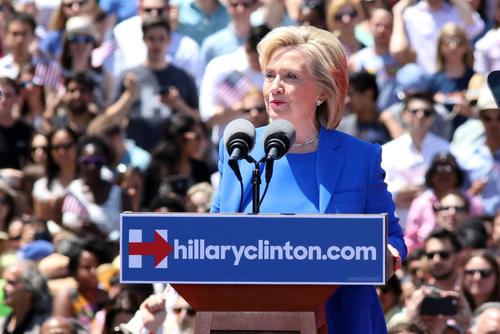 The world watched with a mix of shock and horror as Donald Trump pulled ever closer in the polls leading up to the American presidential election. Still, it looked as though Hillary Clinton had the impetus to become the first female president of the United States … until the media began reporting the votes in each state. Donald Trump was confirmed as the president-elect of the United States in the early hours of November 9, 2016.

The new president plans to repeal the health policy known as Obamacare, reducing American access to health care, which is not universal or free. Early post-election talk regarding the border wall and the eviction of foreign residents is making many uncomfortable. And that’s not even considering his disparaging remarks about African-Americans, Hispanic-Americans and women. It remains to be seen what this surprising Trump victory means for the rights of women, blacks, immigrants – and the health of all.