Nigerians Haven’t Grown Much In The Last Century 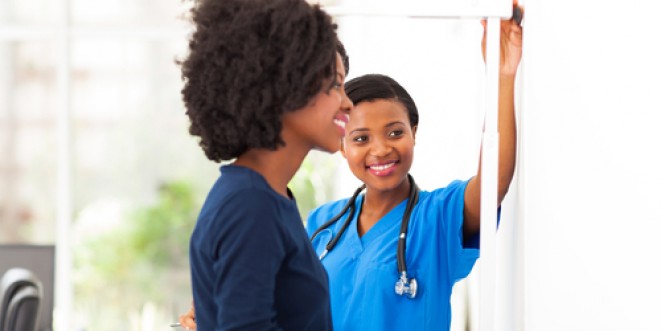 Polio-Free for Two Years and Running

It’s been two years since Nigeria reported its last case of Polio. There are less than 365 days until the country is certified as free from the virus. And, Nigeria was the last bastion of the crippling disease on the continent (with the exception of an unusual case in Somalia in August 2014). As long as Nigeria continues to vaccinate children and retains vigilant reporting standards, we may just see the end of this debilitating disease.

As the world prepares for World Polio Day (October 24), it’s time to show your support by donating to organisations such as End Polio Now. Every donation received will be tripled by the Bill and Melinda Gates Foundation. Or, if you’re interested in raising awareness in your community, you can also register your event with the same organisation or learn to become an advocate for polio eradication.

Test Yourself for HIV before Marriage

For years, officiating ministers and priests have demanded HIV tests before performing marriage rites. Though this isn’t a national law, pre-marriage screenings are required at state level in different areas of the country. The aim is to prevent the spread of HIV to unknowing partners and to eliminate the threat of passing it to children during delivery. While it is illegal to knowingly and willfully infect another with HIV, pre-marriage tests often reveal a positive status previously unbeknownst to either party.

Such laws and regulations are, however, hotly contested and rarely enforced outside of religious marriages. Still, while lawmakers and religious leaders debate the relevance and human rights behind such laws, it’s important for every woman (with a choice) to test for HIV – and to request a test from her partner. And, keep in mind, it’s not only important before marriage; any woman entering into a serious relationship has the right to know.

The American Center for Disease Control (CDC) has released new warnings regarding the transmission and incubation period of the Zika virus. To begin with, they have recorded the first case of sexual transmission from a female to a male sexual partner. And, the disease is also known to spread to sexual partners of the same gender.

Additionally, the CDC has warned that Zika may take longer to develop than initially thought. Rather than undergoing blood tests for a seven day period, blood tests should be pursued for 14 days. Remember, in addition to microcephaly where babies of Zika-infected mothers are born with smaller heads, infected adults may develop Guillain-Barré syndrome. The latter causes paralysis.

Nigerians Haven’t Grown Much in the Last Century

A study led by scientists at Imperial College London was recently published in the journal eLife. The research demonstrates how much or how little various populations have grown in the past century. By looking at average heights in 1916 and the same in 2016, it’s possible to see where there have been dramatic shifts in the past 100 years. It also reveals that men from the Netherlands and women from Latvia are the tallest in the world.

So, how much have Nigerians grown in the past century? Not very much. It appears that the average height of men has increased by approximately five centimeters while Nigerian women have added about two to three centimeters to their height. Apparently, however, both men and women in sub-Saharan Africa had gained more height earlier, and that growth tapered off a few decades ago. But, at least we’re not shrinking, right?

Recently, the United Kingdom’s Advisory Committee on the Microbiological Safety of Food issued a statement that the consumption of certain raw or undercooked eggs by vulnerable groups was unlikely to lead to salmonella. The statement applies to pregnant women too, but only if consuming hens’ eggs from the UK produced to Lion code or similar standards. It does not apply to women outside of the UK nor does it cover all eggs.

Salmonella is a bacterium linked to food poisoning and eggs are a common vehicle for transmission. Most cases include cramping, nausea, and fever along with the inability to keep food in. The illness usually lasts between four and seven days and many people recover without intervention. However, there are a number of fatal cases every year and salmonella may negatively affect pregnancy. Given the consequences and even if you’re in the UK, you may just want to stay away from raw or undercooked eggs.

Nigerians Still Thriving, Even in the Face of Boko Haram

No matter how difficult things become, there is a ray of hope behind every story. It’s something Fati Abubakar knows well. She has degrees in public health and nursing which is how she secured a job working for an aid organisation in Borno. Herself born in Maiduguri, Fati knows just how rich and colorful life can be in northern Nigeria.

But, Fati is more than an activist, she’s a photographer and passionate about Borno. She’s been snapping and posting photographs of life after – and in spite of – Boko Haram. Her pictures provide hope and a window to more than statistics. Fati’s work is doubly inspiring given the rarity of female photographers in this part of the country. See what’s really going on in Borno on by following her on Instagram at @bitsofBorno.