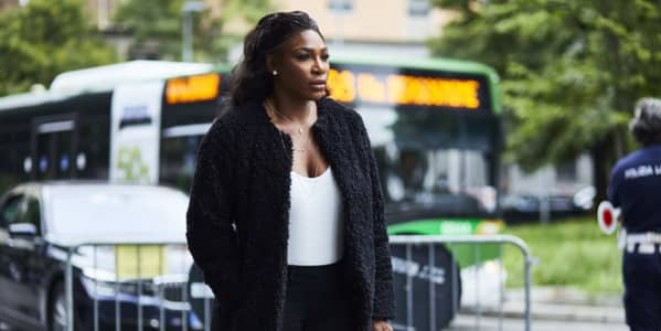 The tennis star has certainly earned plenty of respect for her talents, but that doesn’t mean doctors took her seriously following the delivery of her daughter last year. Indeed, it seems that Serena Williams was more or less responsible for saving her own life when blood clots travelled to her lungs and created even more complications when coughing lead to the rupture of her C-section wounds. After six weeks of bed rest after returning home, she’s still one of the lucky ones.

But, when a Vogue feature covering her ordeal was released, the media suddenly started to look at the facts. As black women in the US – of any background and income level – are four times more likely to die during childbirth than white women – of any background and income level, questions are coming to the fore regarding the why. And, as recent reports have shown, it has a lot more to do with racism than income levels. Healthcare for women is on the decline in the US, as evidenced by rising maternal mortality rates alone (which has risen by nearly 25 percent since the turn of the century) and must take a turn for the better. Hopefully, Ms. Williams’ story will help shape a positive future for black women’s healthcare in the country and the world when it happens.

As he begins his Ted Global Talk, Soyapi Mumba, a Malawian engineer, explains that he, like everyone else in technical industries, keeps close tabs on tech developments from across the world. But, he faces challenges implementing new technologies that developers sitting in their Silicone Valley offices couldn’t imagine. That doesn’t mean African engineers and developers should throw their hands up – but rather that they should consider the local norms when solving problems.

As he explains the work he and his company, Baobab Health, have accomplished over the past decade, he is actually laying a blueprint for similar companies and agencies to develop the healthcare systems in countries across the continent. And, yes, it’s one of those inspiring Ted talks that will make you proud of Africa and its people. Watch it now; perhaps it will inspire your own ideas for a better world.

In the UK, where much of the healthcare system is funded by the government, routine cancer screenings are only undertaken on patients with a family history of such cancers. But over the years, cancer researchers have uncovered gene mutations (BRCA 1 and BRCA2) which make women more susceptible to developing breast and uterine cancers (an increase of 17 to 44 percent and 69 to 72 percent respectively). And, while these gene mutations may be carried through family lines, history isn’t as good at predicting outcomes as testing is.

According to research published in the Journal of the National Cancer Institute, undertaking genetic screening for all women over 30 years old would cost the government substantially less than the current standards. More importantly, it’s estimated that this testing could result in 17,000 fewer ovarian cancers and 64,000 fewer breast cancers as those carrying the gene mutation could take the necessary pre-emptive steps. While it’s only a matter for discussion at the moment – and cost projections have only been undertaken in the UK, we can hope that one day, such testing will be a matter of routine for all women worldwide.

In South Africa, it’s common to hear the phrase, “I’ll make a plan”. It refers to the idea of crafting a solution even when the answer isn’t evident or easy. And, although he’s an Italian working in the country, Dr. Alex Andrione made a plan when he undertook to treat an infant with extreme burns. The country doesn’t have a skin bank, leaving the doctor the option of the traditional biopsy, cell development in a lab, and lengthy recovery periods. Additionally, this treatment costs more than R1 million ($81,590).

Instead of this long, complicated, and expensive process, Dr. Andrione took a skin sample using a small device. Inside, the skin cells were treated with saline; a few days later these cells can be literally sprayed on a patient using plasma as glue. The application itself takes just a few minutes, but it enables the body to regenerate its own skin faster. And it costs less than R10,000 ($816). And yes, the infant’s life was saved!

It’s commonly believed that women in labour should experience a dilation rate of one centimetre per hour – especially in for the first five (of the ten centimetres needed to safely deliver a baby vaginally). This norm was established in the 1950s by an American obstetrician who was known for defining the stages of labour. His work shaped the clinical norms we’ve been dealing with for more than 60 years – and could, perhaps be one of the reasons for so many caesarean section deliveries… worldwide. If a woman progresses slower than the norm, then she becomes a candidate for this surgical procedure.

It turns out that the 1950s definition of normal may be anything but. That shouldn’t be surprising given that every woman experiences menstruation, pregnancy, and delivery differently; why would the labour process follow a unique protocol? Recent research undertaken in Nigerian and Ugandan hospitals shows that labour may take significantly longer. Moreover, dilation may take longer for some centimetres than others. Either way, a little more time doesn’t mean mums can’t deliver babies naturally and safely. Whether this new research affects only African women or all women is yet to be researched. But we do know that normal isn’t exactly normal any longer.

There is no shortage of inspiration on social media channels; from Instagram to Facebook, it’s not tough to find images of gorgeous models and delicious meals. But, does it make a difference? According to one study, inspiration aimed at increasing fitness and health rather than images of skinny women with toned tummies makes much more of an impact – and tends to have a longer effect.

And, it may not stop there either; more women are turning towards strength training over cardio exercises – with the headlines of fitness magazines enticing them to push themselves with or without weights. But, behind the new norms for strength and fitness rather than form itself lies the same traps as found with the traditional imagery. It’s the wanting to look a certain way rather than be that way that can cause problems. Still, if #fitspo moves you to improve yourself, it’s worth looking for inspiration aimed at great health rather than a great body because there’s nothing that says they’re mutually exclusive.