So Was It or Wasn’t It Plastic? 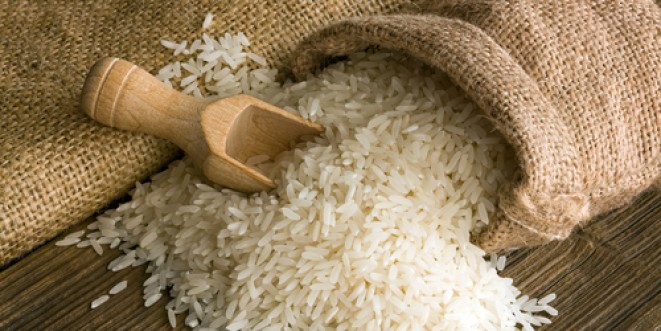 Will Nigerian Women Ever Achieve Equality?

Known as the Women’s Bill, the current reworking of Nigeria’s Gender Equality Bill is still considered inappropriate by some factions. Mohamed Sa’ad Abubakar, the Sultan of Sokoto and Nigeria’s most senior Muslim cleric, cannot get behind the rights of women – as least as set out in the proposed legislation.

According to the Sultan, Islam prohibits women from achieving equal status with men. His biggest gripe with the latest rendition of the bill appears to be the ability for women to inherit equally to men. He has stated that he cannot accept any law that runs contrary to the rules of Allah. As some have pointed out, such statements do not take Nigeria’s constitution into account. And, we’ll need to see if this bill – in any form – manages to pass into law.

You’re well past your teens, and yet, you may still find yourself breaking out with acne and pimples. Why is that? According to newly released research, it’s those wonderfully pesky hormones that crave chocolate and cause your mood to swing. But, you may also be eating the wrong foods. According to a study published in the December issue of the Journal of the American Academy of Dermatology, women who don’t consume enough fruit and vegetables are more prone to adult acne.

Interestingly, it doesn’t appear that dairy has the negative impact that the same researchers had previously concluded (and a glass of milk is so very good for your bones). But, just as you might have guessed, stress is terrible for your skin and its ability to cope with hormonal fluctuations. So, if you needed an excuse to unwind for a few minutes every day, you’ve just found it.

Not Quite the Christmas They Dreamed Of

The 21 Chibok girls released in October have been through an intense ordeal; no one doubts it. Though they are in the privileged position of residing far away from the camps and prisons housing the other freed and displaced persons, the girls still aren’t having the easiest time. According to representatives of the girls’ families, they were unable to return home for the holidays. Apparently, they made it through to Chibok on Christmas Eve, but were “held at a legislator’s house.”

But, things are looking up. American billionaire, Robert Smith, wants to ensure the Chibok girls receive the education they were fighting for when they were abducted. He’s offered to cover their tuition at American University of Nigeria (AUN) in Yola. And, he’s offered to cover the educational expenses of the remaining girls when, as he hopes, they too are released. Perhaps it’s not the same as a Christmas church service, but the education will, hopefully, be the gift of a lifetime.

Earlier this year, South Africa passed a “sugar tax” which will put 20 percent onto the sale of sugary drinks such as Coca-Cola. It’s definitely an economic measure, but it’s not a move to increase governmental revenue. The idea is to cut health spending by making soft drinks unaffordable. It’s about reducing diabetes and sugar-related illnesses. And, it might be time for Nigeria to do the same.

Carbonated soft drink companies in Nigeria donate “billions of naira to health organisations, medical and public health institutions.” Such contributions help to downplay the effect of sugar on the body and the serious rise of diabetes in Nigeria. Though the number of cases, both diagnosed and undiagnosed, remains is contentious, there are those that believe a sugar tax will help to reduce prevalence rates. At the very least, it should get you thinking about the amount of sugar in your diet – and especially in your drinks.

So Was It or Wasn’t It Plastic?

Just before Christmas, Nigerian customs officials seized sacks upon sacks of rice after a tip off that it was fake. After warnings regarding fake liquors and fake medicines remaining in the Nigerian market, it’s not difficult to believe that the rice could have indeed been plastic. At the very least, the grains weren’t appropriately marked with manufacturing dates and registration numbers.

Keeping the bags from the people and reminding everyone to check food before eating it might have been the end of the story. But, the Health Minister, Isaac Adewole, took to Twitter to report that there was nothing wrong with the rice. That was followed by a statement from the National Agency for Food and Drugs claiming that the minister’s Twitter statement was not their official position. It’s difficult to say exactly what the real position and positioning is given the media frenzy. In the meantime, it’s safe to assume that you should continue to inspect everything you ingest from food to medicine.

Looking Back and Thinking Forward

2016 was a tough year to be a Nigerian woman. Just think of the failure to pass the Woman’s Bill, the cutting bedroom comments of President Buhari, and continually high maternal mortality rates. Nevermind Zika and Lassa, just getting proper nutrition in much of the country is difficult. But, there have been important forward strides including the rollout of HPV vaccines, an increase in family planning teaching, and increased attention on mental health issues.

While flipping through the pages of the latest issue of Radiant Health Magazine and catching up with online articles, it’s important to remember one thing – every woman must accept responsibility for her health. While you can’t prevent diseases like cancer, and can’t single-handedly fund hospitals so you can receive treatments, your awareness of your body and your commitment to living as healthy a life as possible is critical. If you can, schedule a medical checkup; at the very least, take time to reflect on yourself and make a few positive changes for the New Year.