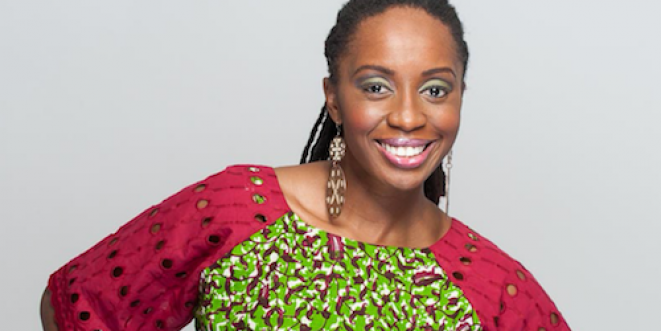 Poetry was Bassey Ikpi’s first refuge; at eight, when speech failed her, she would write down her feelings.

“I could write what I felt rather than say it,” says Ikpi, a Nigerian-American. And what she wrote was, “It feels like my brain can’t breathe, like I am gasping for air.” In 2004, a medical term explained that sentence: bipolar II disorder.

After repeated therapies, hospital visits and drug cocktails, Ikpi gradually stabilized. But along with her treatments came the reality that mental health is shrouded in shame. No one speaks about it — not the sufferers and not their families — and this silence prevents many from getting medical help. Ikpi decided to speak through her poetry.

However, the suicide of her friend’s teenage daughter, Busisiwe Monsanto, turned Ikpi’s words into action and gave birth to The Siwe Project, a global nonprofit committed to promoting mental health awareness in the black community worldwide and encouraging more people to seek treatment without shame. With the Siwe Project, Ikpi’s poetry moved beyond being a tool for personal expression; it became a way of speaking for others and showing them that their own voices are valid.

In 2013, Ikpi moved back to Nigeria, where she experienced culture shock on many levels. When it comes to mental health issues, many Nigerians are quick to find a spiritual cause or to deny it altogether. Ikpi’s drugs were too expensive in Nigeria, so they were sent by her parents from the U.S.  In addition, many of the local medical practitioners came to mental health issues with their own biases.

Ikpi says that being raised by Nigerian parents did not prepare her for the experiences she faced in Nigeria, where being open about her mental health came at a price. But hearing her speak about her own mental health gave many others the confidence to speak about theirs.

“When I talked about it, it helped a lot of people to come out and speak about what they were going through.” – Ikpi.

“When I talked about it, it helped a lot of people to come out and speak about what they were going through,” says Ikpi.

This openness is the idea behind the Siwe Project’s #NoShameDay, which takes place on the first Monday in July. Ikpi says that when people are ashamed of their condition, they can neither accept it nor seek treatment. On #NoShame Day, people devote time to writing about their condition on blogs, on social media — anywhere that feels right. #NoShame Day is an outlet to help other people put words to those feelings that they cannot easily express. It is one of Ikpi’s proudest achievements.

“It grew its own legs. I was thinking so many people don’t discuss what they feel publicly. Yet many people spoke about their experiences,” Ikpi says. #NoShame Day is among the top five trending topics on Twitter every year. Already in its third year, it has reached millions across the world.

Today, Ikpi has returned to live in the United States. In addition to the power of words, she stresses the importance of medical assistance, and she is now re-strategizing how she can have an impact even from afar, by making drugs more readily available and providing access to trained mental health practitioners, among other initiatives.

In five years, Ikpi sees the Siwe Project becoming a leading global organization improving the lives of those living with mental health challenges.

[MORE]: See All the 2016 Radiant Health Women of Action