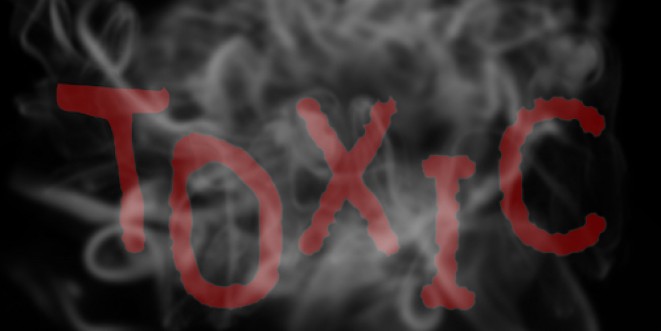 If you’re experiencing difficulty breathing, it may just be pollution. Unfortunately, it’s not going to get better any time soon. A Swiss watchdog group has blown the whistle on the sale of unsafe petrol to the African market. And, it’s not an illegal practice. The Nigerian government (along with other countries on the continent) allow the import of petrol which causes enormous pollution and health concerns. Obviously, the fuel is cheaper, but only in the short term. (And, it’s created because it earns enormous profits for sellers.)

What’s so dangerous about these fuels? European standards for safe petrol allow for a mere 10 parts per million of sulphur. Nigeria allows for up to 1000ppm. These levels directly contribute to high levels of respiratory disease, heart diseases, and strokes. Considering the state of health care in the country perhaps it’s time to reduce toxicity levels in the air we breathe.

Could More Calcium but Less Lactose Be Good for You

A study was recently released in the British Journal of Cancer which suggests that diets rich in calcium and low in lactose may be linked to reduced rates of ovarian cancer. Now, we need to qualify that for you. The study included African American women only – and it also focused on the amount of time spent in the sun. While causasian women need only 15 minutes of exposure to sunshine in a day, African American women require five to ten times more.

While the research doesn’t necessarily apply to African women on the African continent, we’re happy to see research that focuses on understanding and bettering the lives of diverse groups of women. So what should you eat if you want to up your calcium levels without increasing your lactose intake? We suggest beans, salmon, sardines, oranges, figs, and almonds. (And we still suggest contacting a professional before making extreme changes to your diet.)

Be Careful about Bush Meat

During the last Ebola outbreak, bush meat was banned (or at least advised against) in the most affected countries – and their neighbours. The source of Ebola lies in animals – and it is through contact with these infected animals that humans contract this deadly disease. Recently, the bans on bush meats have been lifted.

In many cases, that’s good news for the people that rely on squirrels, bats, and rats for protein and proper caloric consumption. It’s good news for bush meat sellers that have experienced hard times over the past couple of years. But, it does create an environment for the Ebola to erupt and spread again. When visiting these countries – or even parts of Nigeria – remember to be cautious, perhaps opting for other options until researchers determine just how long Ebola can live in certain animals.

Female Genital Mutilation (FGM) was recently outlawed in Nigeria – and it’s long been illegal in the United Kingdom. But the practice still continues in parts of Africa despite the fact that there are no known benefits but plenty of serious health concerns linked with the practice. FGM is still legal in Sierra Leone where as many as 88 percent of girls are cut. (Shockingly, that’s only the seventh highest rate in all 28 countries where FGM is practised.)

Recently, an FGM practitioner from Sierra Leone was refused a visa to enter the United Kingdom as it was believed that, given her status, her services would be procured in the country. However, there are some that believe this visa denial is a form of racism as plastic surgery is still legal in the United Kingdom, where the majority of those that elect unnecessary cutting are caucasian. While the debate rages, we can only hope this event draws attention to FGM and what actually makes women beautiful.

Until recently, it was believed that Lupus didn’t really have any prevalence on the African continent. It was even believed that this autoimmune disease may be treatable through Malaria medications. After all, there have been plenty of reported Malaria cases, but almost no cases of Lupus in countries like Nigeria. Suddenly, however, it appears that Lupus is on the rise in Nigeria. It probably isn’t; there’s just new awareness of the disease.

Lupus causes the body to attack itself, shutting down organs and tissues until an infected person can no longer survive. Early detection allows for treatment which enables a more naturally long life. Sadly, the common symptoms of Lupus – fever, joint pain, skin rashes, mouth ulcers, and fatigue – are shared with other diseases, including HIV. If you experience any of these symptoms or know someone who is, it’s time to reach out for testing. Please; your life depends on it.

It’s difficult to make the switch to sunflower oil over butter for cooking, isn’t it? But, once you’ve managed to make the switch to healthier fats (typically from vegetable sources – though palm oil is not terribly healthy for you either), you expect those choices to have a positive impact on your health. And they will – as long as you’re not stressed.

A recent study undertaken at Ohio State University demonstrates that stress could negate and erase the positive effects of choosing health fats over unhealthy fats. If you’re stressed, your body’s inflammatory levels are upset, and you essentially will be unable to discern between healthy and unhealthy fats – they’re all equal to your body. After a stressful day, you may just want to avoid fats altogether (or splurge on that fried chicken you’ve so diligently erased from your diet.)