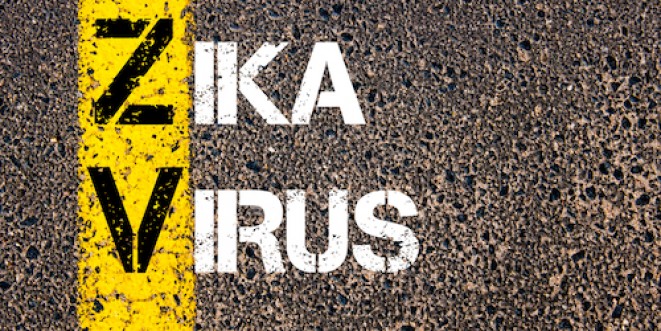 Oh no! As the military continues to release areas of Nigeria from the grips of Boko Haram, more information about the state of health in northern Nigeria is revealed. Most of the news is horrifying, including the third case of polio. The country was declared polio-free last year, but without access to areas of insurgency, there was no way of knowing the disease persisted.

Apart from Nigeria, only Pakistan and Afghanistan have polio cases – and the World Health Organisation (WHO) claims that over 1.5 million children have been vaccinated in the last week, but that’s nowhere close to the 25 million target. And, at least one million children are still inaccessible – in the most susceptible areas. Polio doesn’t have a cure; the only way to avoid its crippling effects is vaccination.

These Foods Make Your Periods Heavier

After a few years, your monthly cycle is just something you live with, right? You learn to deal with the cramps and find ways to maintain your workout without shame. Sometimes you cave into the chocolate cravings and at others, you allow yourself to lie in front of the television a little longer. It’s just part of life.

Unbelievably, there are a few things you might be eating that make your periods heavier (possibly with more cramping). That means more trips to the bathroom and increased fear of public embarrassment. What foods cause this inconvenience? According to Net Doctor UK, honey, beetroot, and oats are among the biggest instigators. You may want to avoid these in the week before and during your period. However, heavy bleeding – especially if that’s not normal for you – could be a sign of infection and a trip to the doctor may be in order.

Will Nigeria Meet Its Sustainable Development Goals for Women?

It will if the Society of Gynaecology and Obstetrics of Nigeria (SOGON) has anything to do with it. They’ve announced a conference to discuss women’s health in the country. This conference will take place from 3 to 8 October in Nigeria. The theme is “Women’s Health and the SDGs in Nigeria: Policies and Strategies.” If you’re concerned, get in touch with SOGON to arrange an invite.

The Sustainable Development Goals (SDG) have replaced the Millennium Development Goals (MDG) in the aim to alleviate poverty, reduce inequality, and promote a healthier, more sustainable life for everyone in the world. In case you’re wondering, maternal health is a key facet of Goal 3 – to ensure healthy lives and promote well-being for all at all ages. It could also be considered under Goal 5 – to achieve gender equality and empower all women and girls. Curious about the aims of the SDG? Take a look at this page from the United Nations; it covers all 17 goals to be achieved by 2030.

The Future of Fitness Trackers

Have you been salivating over those lovely Fitbit trackers? You know, the monitors that tell you how many steps you’ve taken, whether you’re getting enough sleep, and just generally look gorgeous on your wrist? According to CNN, these trackers can help women reach their goals and achieve feelings of self-satisfaction. That’s always a good thing.

But, according to the same news source, there’s a darker side to these monitors. As we become more in tuned with our fitness goals and needs, more wearable tech is under development to provide more information. It brings us one step closer to becoming robots. Still, we’re certain that a little motivation goes a long way – as long as your Fitbit doesn’t become a part of you.

An American medical journal, The Lancet, has cautioned eight countries to be on the lookout for the spread of Zika. Nigeria is one of them. According to researchers, the Zika strain is spreading in rapid and unpredictable patterns and Nigeria, unfortunately, has all the factors in place for the virus to take hold. Zika poses a serious threat to pregnant women as the disease can cause serious deformities in children born to mothers infected with the disease.

The Economic Community of West African States (ECOWAS) and the former Director of the Nigerian Centre for Disease Control (NCDC) have urged Nigerians not to treat fevers on their own – especially pregnant women. Fever is one of the first symptoms of Zika and should be taken seriously if you are or are planning to become pregnant.

Recently, an interesting story has emerged regarding an increase of multiple births in Nigeria. More women are carrying twins, triplets, and quadruplets than ever before. And while it may sound as though it may not be a bad thing to have all your babies at once, it’s devastating for those that cannot afford it. ‘

There are many possible reasons for more multiple births in the country, including ovulation-inducing drugs which result in the release of multiple eggs during a single cycle. But, that does not totally explain how more women who are unable to afford such treatments find themselves balancing nursing between three hungry mouths. The strain of multiples on a pregnant woman can be intense. If you or anyone you know is expecting two or more children, arm yourself with information! It’s better for you and your babies.

Three hospitals in Ogun State have been closed due to inability to care for patients. This news was released following the death of two pregnant women. At least one bled to death as a result of negligence. It wasn’t the doctor’s fault because the doctors were fakes. It was, therefore, the hospitals’ fault for employing medical practitioners without adequately checking credentials.

The government is performing a registration and revalidation exercise of all public hospitals and health care facilities, and many are being shut down for non-compliance. (The current reported number is 43 hospitals.) In the meantime, if you know of a fake doctor or an unlicensed clinic, call 07054368055. Everyone deserves the highest possible level of care and it’s everyone’s responsibility to report malpractice.