Should You Exercise in Polluted Cities? 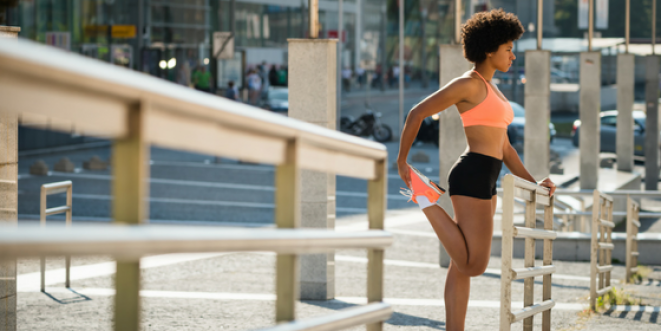 Should You Exercise in Polluted Cities?

The connection between a sedentary lifestyle and poor cardiovascular health is well-established and is easy to grasp. Perhaps less known is that pollution can also increase the risk of cardiovascular disease including heart attacks, asthma, and chronic obstructive lung disease. If you live or work in an area of high pollution, you might have chosen to skip outdoor exercise programmes like running, walking, or biking.

Researchers in Denmark, Germany, and Spain sought to find out if there was any benefit to exercising in a polluted area. After tracking over 50,000 participants across Europe for over 17 years, they found that while higher levels of pollution were associated with more heart attacks (a 17% increase), the risk was lower among those who were physically active. While this study focused on the occurrence of heart attacks, these results suggest that exercise and physical activity can still provide cardiovascular health benefits regardless of air quality. While exercising indoors is also an option, being able to choose an activity that best suits your space, time and lifestyle, increases the odds that you’ll stick with it.

Eating This Will Reduce Your Risk for Breast Cancer

There are some major risk factors for breast cancer – like age, gender, or genetics – over which we have no control. However, two recent studies suggest two lifestyle choices we can make to reduce our risk. Results from new data analysis of the US Nurses’ Health Studies strengthen the previously found correlation between eating fruits and vegetables and a lower risk of breast cancer. Specifically, researchers found that women who ate more than 5.5 servings of fruits and vegetables each day had an 11% lower risk than those who ate 2.5 or fewer servings. Cruciferous vegetables such as broccoli and yellow and orange vegetables were noted as being the most effective in reducing risk. More good news: the higher intake of fruits and vegetables was particularly associated with lower risk of the more aggressive forms of breast cancer.

A similar data analysis of a population study – this time from Spain – found a link between an earlier dinner and a 20% reduction of risk of breast and prostate cancer. For this study, “early” was defined as before 9 pm or at least waiting two hours after eating before going to bed. While both studies used large datasets; the results may not be the same for all population groups. Still, eating more produce before 9 pm is a simple lifestyle tweak that has benefits beyond lower cancer risk and virtually no negative side effects. Give it a try!

The Faster You Can Explain Your Symptoms, the Better Your Care

A recent study from the US examined the first moments of doctor-patient interactions in a clinical setting.  After reviewing, timing, and categorising, the researchers found that patients that could describe their ailments in less than six seconds were not interrupted. However, on average, patients get about 11 seconds to explain the reason for their visit before they are interrupted by the doctor.

This was a small US-only study, so the results may not represent the experience found in different settings, countries and for different populations.  Furthermore, the study didn’t establish a connection between being interrupted and receiving poor care or negative outcomes. However, similar studies in the past have found a connection between poor doctor-patient communication and inadequate treatment. There are a few basic steps you can take to improve the interactions with your healthcare provider. Bring a written list of questions or topics you want to discuss. Be honest about any symptoms and concerns you have – even if you are a bit embarrassed. Take notes and ask questions. And if it makes you feel more comfortable, bring a trusted advocate to help keep the conversation on track.

The Ebola outbreak that began in the Democratic Republic of Congo this past April was declared officially over by the World Health Organisation (WHO) on July 24.  The last known case was identified in early June in Congo, but by that time the outbreak had been well-contained. The first cases began in small villages that were could only be reached by motorbike or on foot. Eventually, the virus found its way to Mbandaka, a city of over one million people. Despite these challenges, only 33 people died from this most recent outbreak.

This is in sharp contrast to the Ebola outbreak in West Africa three years ago, which claimed more than 11,000 lives and cost more than $3.6 billion dollars to contain. After receiving criticism for a slow response to the 2014-2015 outbreak, the WHO and other health care agencies responded more quickly this time around – deploying funds and response teams as soon as the first cases were confirmed. Of course, large credit for the low number of deaths is due to the Ebola vaccine which was developed in December 2016.

Type 2 Diabetes? This Diet Could Help

As the number of diagnosed (and, indeed, undiagnosed) cases of Type 2 Diabetes continues to rise, health care providers and researchers are truly beginning to take it seriously. Prevention and management are top of the list, specifically regarding diet management – as this is how this form of diabetes is typically managed. With the myriad of health complications associated with Type 2 Diabetes, it’s imperative that overweight and obese patients bring their weight into a healthy range – and that usually means calorie-controlled dieting.

But, according to a study published in JAMA, the 5:2 intermittent fasting diet may provide the same benefits as daily calorie control. Perhaps, it even carries an additional benefit – many dieters find it easier to focus on restrictions on two (non-consecutive) of every seven days than every single day. The study considered only 137 participants, not enough to generalise it across populations; however, this form of intermittent fasting performed equally to standard dietary guidelines for glucose control and weight-loss. If you think this might be a better option for you, speak to your doctor before making a switch – and keep in mind that it’s probably not the best idea for Type 1 diabetics that require insulin tablets or injections to manage their condition.