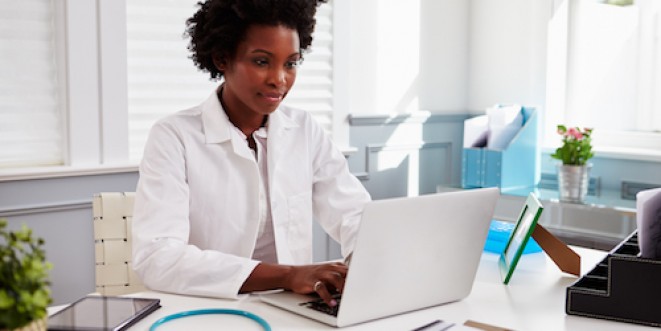 TWhile this goes for both men and women, the numbers are more significant for women patients treated by women doctors in the ER – specifically for heart attacks. According to the findings of a new study, women are 5.4% more likely to survive an acute myocardial infarction (heart attack) if the treating physician is female. And, keep in mind that 26% of women (aged 45 and older) are likely to die in the first year after a heart attack, while men carry a 19% risk.

This latest study, published in the Proceedings of the National Academy of Sciences, looked at more than half a million heart attack patients admitted to Florida ERs between 1991 and 2010. It also reveals that women treated by male doctors who work with more women doctors or have treated more women patients are also likely to experience higher survival rates. This does not mean that you should wait to deal with a female physician, especially in an emergency, but one of the suggested reasons for these figures is communication. You should feel confident advocating for your health and speak up when you’re concerned about your treatment. Whenever you experience pain or the development of any disease, take time to educate yourself so you have a better understanding of what should happen and so you can discuss it more comfortably with your healthcare professionals.

A Diet Tip from Vegans that We Can All Use

As women age, we tend to lose more bone density than men, which is why osteoporosis is such a big deal. Reduced bone density, in turn, can make a simple bump or fall so very dangerous. For years, calcium has been recommended for women to develop and maintain strong bones. But, it turns out that something else may also do the trick – and it’s one that even vegans can enjoy – soy products.

A new study reveals that the increased consumption of soy milk, tofu, and other soy-derived food products may just increase women’s bone density. And, it’s also likely to increase metabolic function in post-menopausal women (which can help stave off weight-related issues later) as well. While this study, ironically, considered only laboratory animals, the findings suggest that regular, limited amounts of soy are likely to have positive effects – no need for daily soy stir-fries.

If You’re Already Exercising, You Need to Stick with It

We all know how important it is for our bodies to get proper exercise – and all the positives that go with regular fitness routines. But, you may not know just how detrimental it can be to stop exercising. We’re not talking about off days (or post-injury or illness recuperation), we mean taking a break of a few weeks, months or years because you’re not feeling motivated. When asked to lead a sedentary lifestyle for two weeks, all the normally active participants experienced increased blood sugar levels, reduced insulin sensitivity, the development of unhealthy cholesterol profiles, the loss of muscle mass in their legs and an increase of abdomen fat.

According to the results of the study, most of these effects were reversed when the participants returned to their regular routines after the two-week period. But, some participants never regained their pre-study fitness levels and a few maintained a low level of insulin resistance. It’s important to note that the study, conducted by researchers at the University of Liverpool, only looked at 45 healthy men and women and only over a limited time. But, the takeaway is the same: if you need a rest day, take it – but don’t allow inactivity to take over if you’re already committed to a regular, active routine.

The Good Things about Having a Period

The negative side-effects of your menses are well-documented and much discussed. You know what we’re talking about – cramps and bloating to cravings and moodiness. But, besides the ability to procreate, there are good things that come with your cycle too.  And, a few of those positive side effects lie in our brain functions.

At certain times of our cycles, we’re more spatially aware – about a week after the first day of a period. Somewhere around day 11, we have increased imagination and social abilities, and are more perceptive and experience better memory storage and recall. Funnily enough, tapping into these changes can make it easier to give up smoking, start a new fitness routine, or begin learning a new language. It all boils down to the balance of estrogen and progesterone in our systems (which, interestingly, also affects the size of our brains at certain times of the month). Now, you shouldn’t go around making decisions based on your time of the month, but you should know that these fluctuations actually make it easier for women to use more of their brains than men do.

A recent study shows that black women may develop eating disorders solely because of body shaming rather than a combination of that plus self-objectification as it’s experienced by white and Latino women. The findings assume that black women are more likely to ascribe to a “big is beautiful” self-image – and it’s a hotly contested suggestion, with detractors pointing out that the ideal black woman’s body is hardly universal. One positive to come from the debate is that women of colour are more likely to be included in future studies, making treatment more relevant. If you’re battling an eating disorder and feel like you’re alone, you might want to pick up a copy of Not All Black Girls Know How to Eat, by Stephanie Covington Armstrong – and you definitely want to seek professional help to overcome unhealthy habits.