The Truth Behind the Global Gag Rule 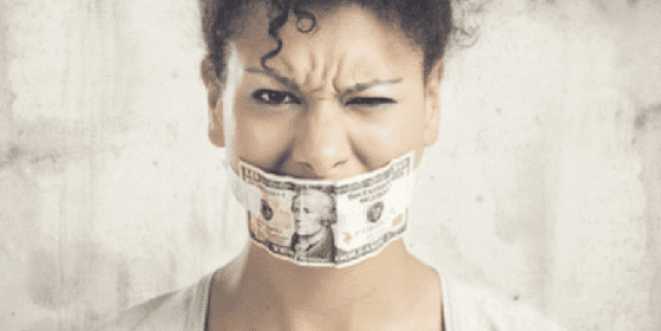 The Truth behind the Global Gag Rule

As has been done during the past several Republican administrations in the US, President Trump reinstated the Global Gag Rule upon taking office. This prevents American funds from going to organisations that offer or promote abortion services overseas. However, the current iteration of this policy takes it a step further, prohibiting organisations and health care services from freely choosing how money from other sources is used. And, it’s African women that stand to lose the most as poorer communities forfeit their ability to provide a variety of services from HIV/AIDS treatment to birth control and prenatal treatments.

The Global Gag Rule is sold to the public as the means of preventing American taxpayer money from funding abortions overseas, but the Helms Amendment has actually prevented this since 1973 – and has been in force during the tenure of democratic presidents (without the undue suffering of the Global Gag Rule). There is currently an act under consideration in both the House and the Senate to revoke the Global Gag Rule and to prevent all future American presidents from enacting this means of neo-colonialism. Research and testimony have recently been presented, but more inertia is required to push the act through. If you’re in the US (or know Americans that would definitely be concerned), find out what you can do to show your support for the Global HER Act.

One of the newer diet trends on the market is effectively a time restriction on consumption. It’s not that calories or the variety of food consumed are reduced, only the hours during which eating occurs. Initial research on laboratory animals has suggested that time restrictions may increase the body’s ability to burn fat as well as its metabolic flexibility (ability to switch between fat and carb burning).

Buoyed by these results, a study was undertaken with a limited number of humans – and the results do appear to support previous laboratory findings. It appears the body may do better eating between 8 a.m. and 2 p.m. rather than from 8 a.m. to 8 p.m., as is customary where food is plentiful. But, before you rush to stuff yourself at lunch so you can sit out the rest of the day, it’s important to remember that fasting is a drastic step and should only be undertaken in consultation with an appropriate health professional. Still, cutting down on bedtime snacks shouldn’t affect normally healthy individuals.

It’s been shown, time and time again, that the technology solutions created in more developed countries just don’t work on the ground in Africa. The realities are different. When it comes to healthcare, sometimes something the rest of the world takes for granted (such as a complete address or a date of birth) can stand in the way of successful treatment. What Africa needs is African medical technologies – and that’s exactly what Digital Health Cape Town (DHCT) is hoping to develop.

This startup incubator has selected eight locally-grown companies aimed at developing healthcare within an African context. Each of these finalists will receive ten weeks of hands-on mentoring and development discussions. Chosen organisations include those hoping to ramp up remote TB-treatment monitoring, provide assistance to nurses at primary healthcare centres, and offer customised nutrition plans, amongst others. With any luck, the DHCT model will spread to other African countries to continue tech developments in the healthcare sector.

Past studies linking depression (or stress) and food have tended to focus on the inclusion of specific foods or nutrients to improve mental health. A new study undertaken in Iran has approached this topic from a new angle; the researchers considered the effects of a varied diet on levels of depression or stress. And, they’ve found that there could indeed be a link.

Though the study was limited insomuch as the diet in question only reflected a 24-hour period; however, within the 360 women who participated in the research, there was a positive correlation between a more varied diet and better mental health. Indeed, scoring just one additional unit on the Dietary Diversity Score scale used led to a 38 percent reduction in the potential for severe depression. So, if you’re feeling a little down, perhaps try something from one of the food groups you rarely consume.

Want to Become Addicted to Fitness?

It might just happen if you’re one of the multitudes of women turning towards virtual reality (VR) workouts. That’s right, though funny glasses and headsets might just be the thing that entices you to workout harder and longer – and it appears that women are set to lead that trend as a 2016 survey shows that women are more likely to use VR tech for fitness than entertainment.

According to one survey, women already own 41 percent of the mobile VR market – and companies are looking to leverage this with new experiences that enable gamification of workouts (your character levels up as you physically workout) and experiential exercises (think about flying or deep sea diving). It sounds like such fun that we may just see more women working out more often.

When Anxiety Becomes a Real Worry

A study recently published in the journal Depression and Anxiety reports that as much as ten percent of the global population suffers from anxiety and depression. Disturbingly, it appears that a little less than ten percent of those that do receive any treatment for their condition. Even when they do receive treatment, it’s not always adequate, which certainly makes life difficult for the 75 percent of sufferers that are embarrassed or don’t want their condition to be known by others.

The study, which examined treatments of more than 50,000 people across 21 countries, including Nigeria, serves to highlight the cost of anxiety treatment across the globe. According to another study, a patient can expect to shell out $7400 annually for such treatment, which is prohibitive in even the richest countries. However, the costs of avoiding treatment can be even higher, and it’s worth taking a moment to check in with yourself. If you think you need help, it’s better to reach out sooner rather than later.