Are Women Doctors Better than Men Doctors? This Study Answers the Question. 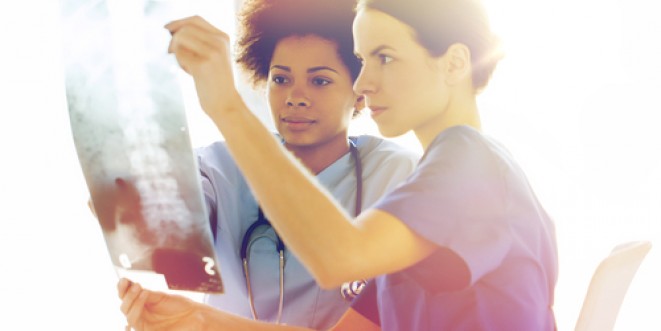 We’re not just saying that. A recently released study by researchers at Harvard finds that female physicians are better at treating patients in the hospital and ensuring they have a healthy future after discharge.  That’s right.

According to Ashish Jha, a professor at the Harvard School of Public Health and one of the study’s co-authors, “Women physicians are more likely to do evidence-based medicine, and follow clinical guidelines.” As a result, there’s hope that women doctors may see salaries that match their statistically less efficient male counterparts.

Be Careful of Plastic Food

Rice will be on the table in many, if not all, Nigerian homes over the festive season. Hopefully, the rice you buy will be delicious and nutritious. But, you need to be cautious. One hundred sacks of fake rice were seized by customs officers in Lagos recently. Branded as “Best Tomato Rice,” it’s not food sat all; the confiscated rice is actually plastic.

According to experts, the grains are remarkably similar in appearance to the real thing. Touching the rice won’t give the secret away. But, the sacks smelled more like chemicals than dried grains. It’s unknown whether any bags made it through to the markets – or the health risks associated with consuming plastic rice. It’s a warning to check everything you buy to ensure you’re getting the real deal.

The military released impressive statistics in the past week regarding the number civilians rescued from the grips of Boko Haram. That would be 1880 people in the period between 14 and 21 December. And, more than a few of the insurgents were also taken. According to the official information, “564 Boko Haram terrorists were arrested while 19 others surrendered…”

But, it’s difficult to believe the war is over; similarly positive reports were issued last year. That doesn’t mean there isn’t hope on the horizon, however. US President, Barack Obama, has signed off on a new law that enables American assistance in the area and the counter-terrorism. This extends military support (though not the sale of weapons), and will hopefully ensure that we don’t battle Boko Haram into 2018.

The hormones you’ve battled since your early teens will eventually slip away when you reach menopause. While you may think they’ve given you nothing but cramps since then, those hormones may also be the cornerstone of female athletic success. That’s been demonstrated through study and analysis of women competitors before, during, and after menopause. Times and results are likely to drop.

There is plenty of good news, though. Active women are less likely to experience extreme symptoms of menopause – and maintain a healthier life for longer. The best part of the research is that it’s never too late to get in on the game – whether you plan to be competitive or not.

Though Ogun State was recently given the status of free and clear from the Lassa virus, it’s just not gone away. The government has confirmed the death of a health care worker due to the virus. New quarantine facilities are reportedly being constructed.

It’s important to remember that Lassa doesn’t need to be fatal. If it’s detected early enough, it can be treated. Anyone with symptoms of fever, headaches, or nausea should report to the nearest medical facility. As the symptoms are similar to malaria, it’s important to undergo testing to ensure a proper diagnosis and treatment.

Currently, 16 percent of Nigerian women have access to, information regarding, and are making use of family planning methods. That’s less than half of the 36 percent target set in line with global targets. Nigeria hopes to hit that rate in 2018. By 2020, the target is 120 million women. Contraceptives enable women to make decisions about pregnancy before it’s too late.

The Bill and Melinda Gates Foundation is one of the primary funders of family planning initiatives. While controversial in Nigeria, such initiatives reduce the strain on medical resources across the country and the well-being of Nigerian women. Want to know more about family planning? Check out the work of Human Rights Watch. As you would expect, they are on the forefront of the cause.