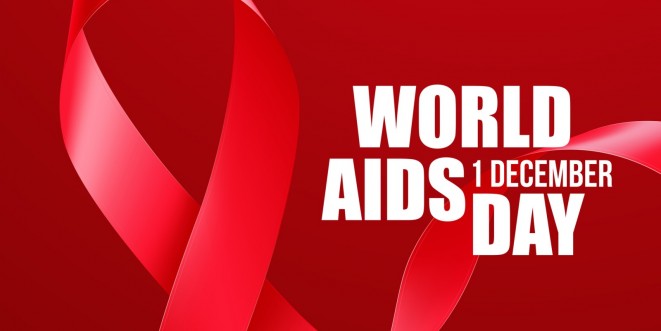 World AIDS Day occurs on 1 December annually and this year’s Nigerian theme is “Right to Health – Making it Happen”. So, where exactly does the country stand in the fight against HIV and AIDS? Sadly, the numbers don’t paint a positive picture. Though UNAIDS estimates that less than three percent of the population has been infected, that’s edging up to 3.5 million people (the second highest number on the continent) – and it’s believed that well over two million of them have no idea of their status.

And, although there are initiatives to increase testing and care, they’re not enough to stem the spread. Less than one million Nigerians are receiving anti-retroviral treatment (ARVs), and the Federal Government is lamenting the cost of adding more patients to the roster. It costs the government N50,000 to keep a single person on ARVs for the year. That’s some N50 billion annually for those already on treatment. But, much more must be done than the additional 60,000 patients set to receive treatment in the next year. As the government searches for solutions (and funding), it’s important to remember, there is NO cure for AIDS – no matter where you get the information.

Exercising is undeniably good for your body – at any age. Just about every study out there shows that a (moderate) exercise routine can absolutely be correlated with a longer life expectancy. But, exercise isn’t going to do anything for fat and weight loss unless you change your diet too – at least not in the short to medium terms.

A new study undertaken in the UK and published in the journal, Applied Physiology, Nutrition, and Metabolism, clearly shows that women of all weights and sizes don’t lose any weight while maintaining a cardio fitness routine completed three times a week for four to eight weeks. Leaner women may develop better muscle tone, but without dietary changes, no excess is shed. While it absolutely helps to remain active during the festive season – and you should certainly allow yourself some treats – you may want to remember that overindulging now may mean you’re sacrificing delicious goodies next year.

It’s almost impossible to believe that it’s nearly 2018 when videos emerge of modern day slave auctions and women die at sea daily while being trafficked to Italy. As governments haggle over citizenships, memorials, and the number of oppressed that they’re able to repatriate, the number of young Nigerian women making the trek through Libya to Italy continues to grow.

According to the International Organisation for Migration (IOM), between 1 January and 31 October, 5,204 Nigerian women landed in Italy, and that’s a little less than half of the women arriving in the country by sea. (It’s less than one-third of the 17,487 total Nigerians arriving in Europe by sea during the same period.) Though aid organisations do their best to reach these women before they’re sold as sex slaves, only 250 have been rescued through these resources. These young women are usually tricked by the promise of work and money. Isn’t it time we began making a difference and helping our communities to heal?

These Foods Will Definitely Keep You Fuller for Longer

Snacks are easy to come by these days – whether you’re after healthy or something to spoil yourself with. And that means many women are sneaking a little more into their daily diets without realising just how much they’re consuming. One trick, of course, is to only reach for a snack when you’re really hungry. But, that’s difficult to do when you’re trying to cut down.

So, what foods will keep you fuller for longer? According to research published in Molecular Metabolism, you want to try to include foods rich in amino acids arginine and lysine with every meal. Researchers at the University of Warwick have found that, not only are these amino acids critical for healthy bones and muscles, they’re also great at signalling a sense of fullness to your brain and maintaining it. And the foods? Pork shoulder, beef sirloin, chicken, mackerel, avocados, lentils, and nuts such as almonds, walnuts, and pistachios – a little something for every diet.

Are Your Medicines Really Real?

According to reports from the World Health Organisation, as many as ten percent of all pharmaceuticals in low and middle-income countries. This means that between 72,000 to 169,000 children could be dying from pneumonia every year from receiving fake antibiotics. It’s also estimated that 64,000 to 158,000 malaria deaths could also be prevented with proper medications.

While this is definitely a global problem (with an estimated 700,000 annual deaths from counterfeit drugs), Nigeria has a lot of transgressions within its borders. Recently, fake drugs to a value of an estimated €52 million seized in Africa alone. It’s important to ensure you secure your medicines from a licensed pharmacy – and that you check and report your meds if you have any questions about their authenticity or efficacy.

The Real State of Healthcare and Medical Tourism

Muhammadu Buhari began his presidency with strong words against medical tourism and a commitment to growing the sector domestically. And then he promptly left the country for the first half of 2017 for treatment for a still undisclosed medical condition. Why can’t Nigeria provide for its leaders? Surely the country’s healthcare sector must be able to; Health Minister Isaac Adewole claims the quality of healthcare and facilities have improved by 72 percent over the past two years.

And, that should tell you just where the starting point was when it’s impossible to feel the effects of that type of growth. It’s exactly why the Senate has decided to counter President Buhari’s budget, questioning where the one per cent of the consolidated revenue fund is – the one that’s supposed to be earmarked for the health sector. (Indeed, federal healthcare funding is diminished in the currently proposed budget.) This all emerges as Ghana seems set to welcome Nigerian medical tourists which may have remained in the country if the Ibom Specialist Hospital in Uyo remained open. Clearly, the Nigerian healthcare sector is in a state, it’s just not one of tangible improvement.